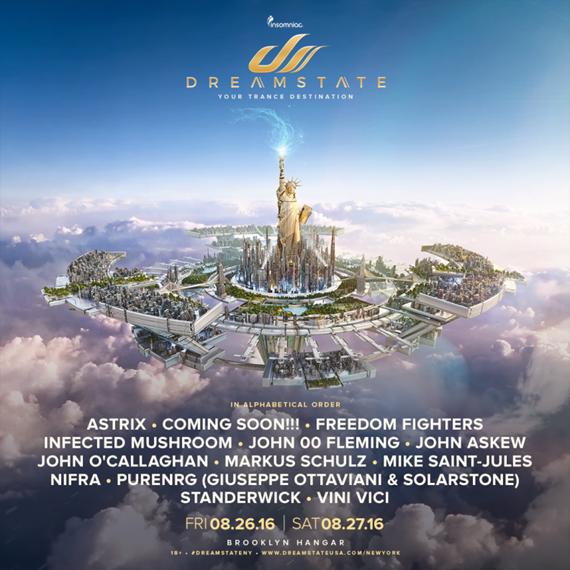 Dance music's leading event company, Insomniac Events is bringing one of its biggest festival outlets to New York City this summer. The company that brings us Electric Daisy Carnival and Nocturnal Wonderland has a propensity for starting up newer events in California, and when the time is right, expanding them elsewhere. That's what they've done with the first ever exclusively trance festival, Dreamstate. And now, after its inaugural run in California and Circuit Grounds stage takeover at the 20th annual EDC Las Vegas, Dreamstate is hitting the northeast on August 26-27th at the Brooklyn Hangar. They've announced the line up as well, with more to come.