Grey has a seasoned ear for deep house and techno beats and uses that to mix them in with high energy EDM dance grooves to keep the club floor dancing. She is currently scheduled to perform in different cities along the Western hemisphere beginning in June, with no European dates having been made yet. Check out the full schedule below: 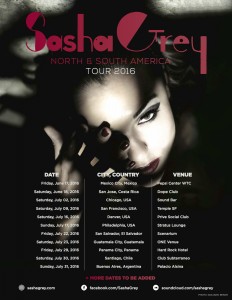