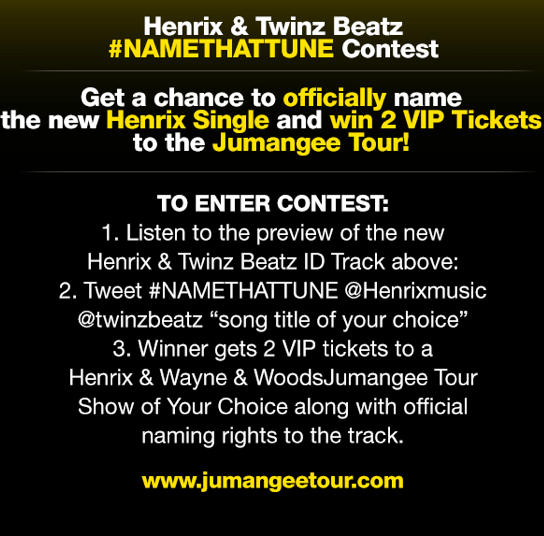 2013 has been a major breakout year for DJ and producer Henrix. After seeing chart-topping success with the singles “Jumangee” and “Hit it,” and debut performances at the infamous Electric Zoo and TomorrowWorld festival main stages, the Canadian rising star is kicking of his tour with “Hit it” collaborator Wayne & Woods with a “thank you” of sorts to fans. Follow the instructions below to help name the massive ID below and to win tickets to your choice of dates in their Jumangee tour.

1. Tweet #NAMETHATTUNE @Henrixmusic  @twinzbeatz <your song-title of choice>
2. Winner gets 2 VIP tickets to a Henrix Jumangee Tour Show of Choice along with official naming rights to the track