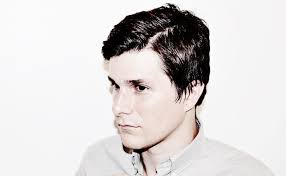 Los Angeles producer Wes James aka Le Youth responsible for the sensual summer anthem ‘C O O L’ has announced his first European tour which kicks off on October 18th at XOYO in London. Performing at 13 hot spots across UK, Ireland, France, and The Netherlands, Le Youth is sure to make dancefloors groove across Europe with his smooth disco dance tunes.

This summer has been good for Le Youth. He’s made a name for himself on the radio and the blogosphere with breezy jams like ‘Summer Nights’ and ‘C O O L’, the latter was picked up by Nick Grimshaw earlier in July for his ‘Record of the Week’ and has since received BBC Radio 1 plays from B traits, Sara Cox and Pete Tong. Listening to Le Youth, it’s easy to see why he’s garnered so much praise; his laid back, summery brand of R&B inspired disco has a clear appeal that is hard not to love.

See if Le Youth is making a pit stop in your town and in the meantime, chill out to Le Youth’s free mini mix. 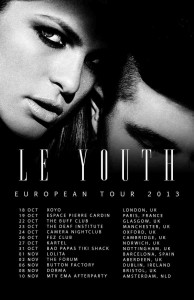