Made In America: TDE (Documentary) 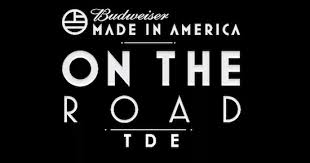 “Made In America: TDE” is a sixteen-minute documentary following Ab-Soul, Jay Rock, ScHoolBoy Q, and Kendrick Lamar on the Black Hippy Tour during BET Awards weekend. Most of the documentary was filmed in California, but part of it was shot in Arizona. “Made In America: TDE” follows the group through early growing pains, and catches up with the gang post the release of Kendrick Lamar’s breakthrough album “Good Kid, M.A.A.D. City.”  A lot has changed for the West Coast based crew since then.

In the documentary, you see Kendrick Lamar perform in front of a raucous San Diego crowd reciting the lyrics to his street anthem “Backseat Freestyle.”  The piece also displays cool, live footage of the group performing in Mesa, Arizona. Dedicated TDE fans waited in the sweltering heat for up to three hours just to watch the Cali rap clique perform.

TDE will be performing at the Made in America festival, which takes place on September 1st in the City of Brotherly Love. In addition to TDE, this year’s Festival boasts an extensive line-up including Beyonce, Nine Inch Nails, Drake, Calvin Harris and many more. Until the festivities on September 1st, savor your musical appetite with this concise documentary.