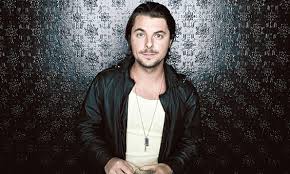 On Saturday 31st August 2013, Axwell’s established partnership with Carlsberg will be taking over the massive outdoor 9,000-capacity Swedish Maritime Museum in his home town of Stockholm, for Sweden’s biggest outdoor event this summer and for the largest ever Where’s The Party? concept show to date. Playing alongside will be fellow Swedes and Axtone label favorites NO_ID.

For one lucky person, the Swedish head honcho, is giving a chance of a lifetime to win an an all expenses paid trip to Stockholm at the end of August, to be part of this first major live solo show since the Swedish House Mafia parted ways in March of this year. Good news as well you get to bring a friend along for the ride. Head on over to his webpage to enter now.  The prize includes: Flights, hotel accommodation, tickets to the event and dinner at Axwell’s brand new restaurant in Stockholm for you and a friend from anywhere in the world!

To be in with a chance at winning the ultimate prize – flights, accommodation, tickets to the event and a meal at Axwell’s new restaurant in Stockholm – for you and a friend, simply tag who you want to take with you using either Facebook or Twitter and explain why they are the Center Of Your Universe!

Make sure you include the competition hashtag #AXWELLWTP in your entry to be in with a shot. The winner will be announced on the 19th August. Good luck!

Also just announced as part of the countdown to the Where’s The Party by Carlsberg event is a LIVE Twitter Chat TONIGHT, Thursday 8th August from 10am PST / 1pm EST / 6pm GMT / 7pm CET with the man himself! Axwell will join fans for an hour long question and answer session via Twitter – to take part fans simply need to log onto Twitter and use the official hashtag #AXWELLCHAT in their questions.