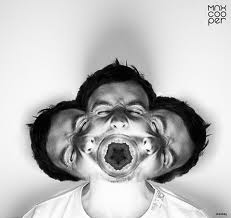 On August 31, UK electronica producer and ex-scientist Max Cooper will perform his inaugural exhibition interactive sound system in Amsterdam. This innovative new performance space creates “a sense of wonder:” individual sounds and musical parts can follow the listener around, grow, explode, appear, disappear, and move independently - with the listener unable to tell where sounds come from.

Designed and built by the 4D Sound Group and Bloomfield Systems, the system's 48 individual omni-directional speakers are set up using a technique known as “contiguous phantom imaging” so that listeners are unable to identify from where a particular sound emanates. With sound able to travel both vertically and horizontally in any direction, this fully 3D sound system* is controlled with a Lemur iPad interface in conjunction with Ableton Live.

This unique system can usher in new forms of musical performance and sound design; artists can have more engaging performances, reacting to audience movements in real time as well as crafting complex, pre-programmed auditory transformations. This sound exhibition is a "beta-test" for people who are interested in the interface between music and technology. Max will perform an early evening show, adding 4D ambient soundscapes and interactive participation to his traditional live/DJ hybrid performance.

Tickets can be purchased over on Resident Advisor.