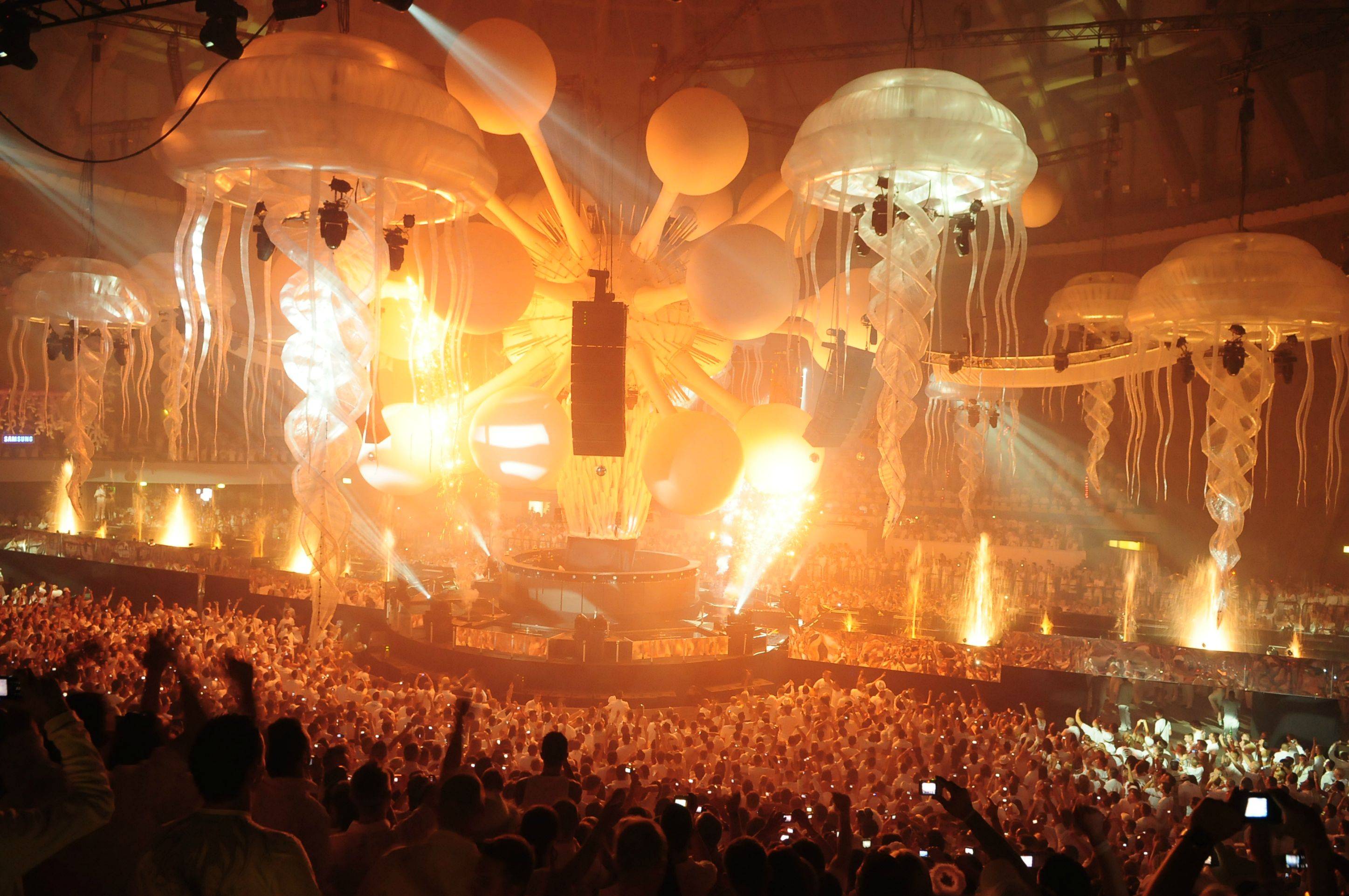 After two sell out dates in October of 2012 at the Brooklyn Barclays Center, Sensation is making their way back to the states, but this time in the form of a four city tour. The U.S. tour is a branch of the world tour that began in Amsterdam and most recently was hosted by a sell out crowd in Toronto.

In order to build a distinct atmosphere the spectacle  offers live acrobats and giant hovering jellyfish to support a long list of world-renowned dj’s. The white theme that the show embellishes plays homage to the death of a co-founders of ID&T.  What was meant to be an annual remembrance of the death has escalated into a celebration, with 90 events in 20 countries and millions of attendees.

The Sensation tour will make stops at the following venues (21+):

Tickets will go on sale to the public starting June 14 at 10AM PST. However, All American Express Cardmembers can purchase tickets during an exclusive Pre-Sale on June 10 starting at 10AM PST until June 13.

Sensation is brought to sponsored by ID&T and Goldenvoice.