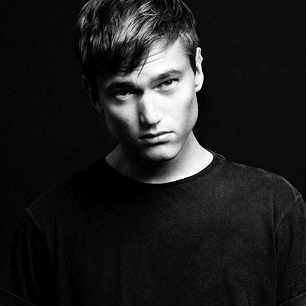 Making a stop as a part of his Damaged Tour, Swedish progressive house sensation Adrian Lux returned to New York City this past Saturday to grace the decks at the fairly recently renovated Marquee New York. And though some nights are heavily promoted at Marquee, Lux's performance needed no introduction. The expectations for the night were those that just felt like a good gut-feeling: those who know him for his biggest hit "Teenage Crime" or only for his more recent work like his tour's namesake "Damaged," or the early adapted festival favorite "Burning," knew that coming to see the progressive house producer perform at Marquee would be an unforgettable show.

With a great opening set by Mysto and Pizzi, the night started out the way it would end: with great live mixing, lights and good old fashioned fun club music. Lacking the empty grind that's so easy to find in club music, Lux played carefully chosen songs like Moguai's "Champs," and Tom Staar's remix of "Don't You Worry Child," but also played surprising and impressive mashes like Who would have thought they'd hear Eddie Money's "Take Me Home Tonight" mixed with DubVision's "Redux" on a Saturday night out at Marquee? Even if it could have been predicted, it was quite a pleasant surprise. Lux also didn't stick to just playing his own hits, he mixed them to our liking as well: Sebastian Ingrosso and Tommy Trash's "Reload" was the instrumental he chose for his own hit "Burnin." Aside from Lux being impressive and thoughtful, best part of the night was watching the Adrian Lux concentrate and work hard at what made him famous, and an obvious and successful effort put forth during his performance to pick the perfect next move.