Empire Of The Sun Announce New LP with Outlandish Video 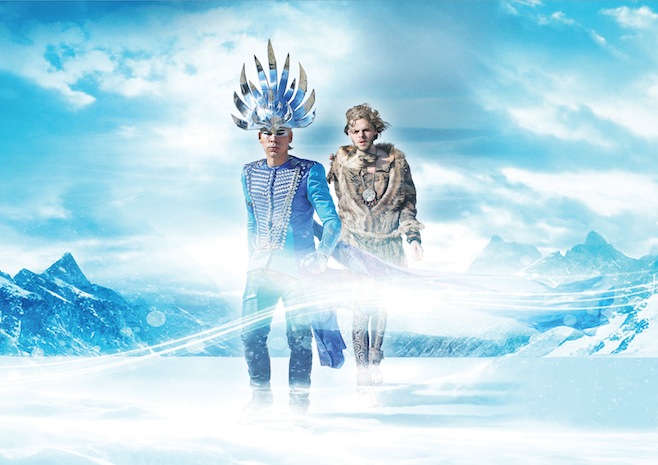 It is hard to believe that it has been nearly 5 years since the theatrical duo released their debut album, but Empire Of The Sun have announced their return. Posting a teaser video for their upcoming album Ice on the Dune and announcing tour dates (both shown below), the Aussie duo seem like they were never fully out of the game. Credit their ubiquity to their debut album-titled single "Walking on a Dream", which was featured in clubs and sets internationally through the duration of their absence.

The teaser trailer, entitled Discovery, was produced by Bad Robot, JJ Abrams' production team. According to Empire Of The Sun's website the video's content is based around the belief that, "Archaeologists have uncovered interglacial cave paintings deep within a rock shelter in Mexico’s Guerrero Peninsula. The paintings date between 4,200 and 8,000 years ago, making them the most important finding of the millennia."

If you happen to be at SXSW RSVP for an album preview here.