Do LaB, world-renowned leaders in redefining modern music and art experiences, have announced the 2019 lineup for their highly sought after stage at this year's Coachella Valley Music and Arts Festival on April 12-14 & 19-21. This announcement also comes with the debut of a brand new stage design apart from the notorious pineapple shape fans may be familiar with.

The brand that also curates stages at places like Lightning in a Bottle has the privilege of keeping its lineup announcement separate from the rest of the festival, which in 2019 will welcome a wealth of techno and deep house to its stages. But keeping in true form, the Do LaB will be featuring a blend of both tastemaking icons and up-and-coming underground acts like Pete Tong who will go b2b with an unannounced artist, Elderbrook, Mr. Carmack, Justin Jay, VNNSA, Eagles & Butterflies, Madam X, Jurassic 5’s own DJ Nu-Mark,  Sonny Fodera and many more

As always, fans should also be prepared for the unexpected surprise guests to join the stage at night. Past surprise acts can be anyone from the actual Coachella bill or even surprise visitors like Skrillex, Richie Hawtin, Major Lazer, Bob Moses, Bonobo, RÜFÜS DU SOL, The Glitch Mob and more.

For the full 2019 Do LaB Coachella Stage lineup: 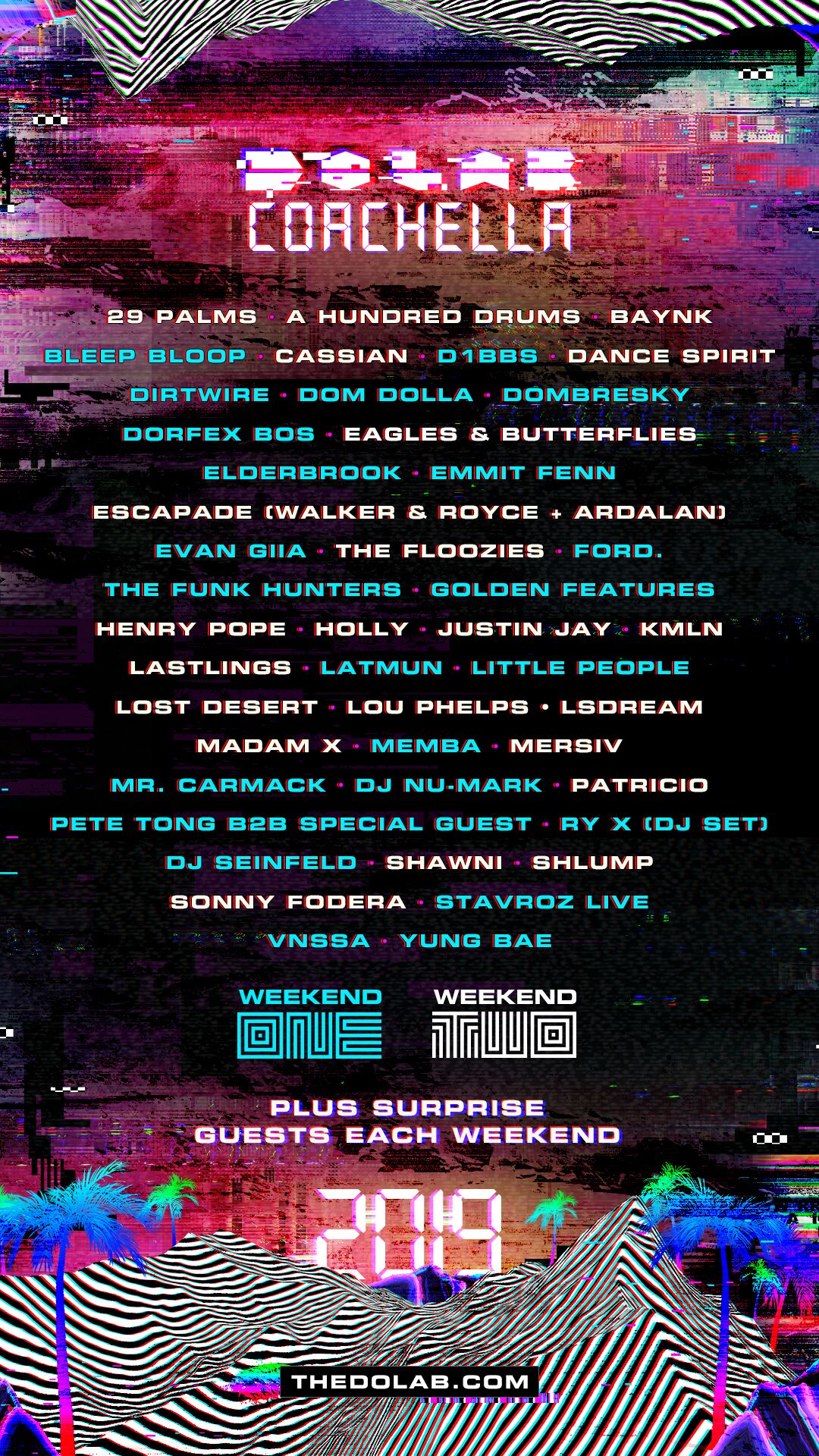