Clubhouse Festival to continue without Deadmau5

Exactly a week ago Deadmau5 posted an unexpected message to his Twitter account stating that he would be going off the radar to seek professional help for personal issues in the hopes of becoming "a better me" and referenced mental health challenges that [he has] wrestled with for the past several years.

At the time Deadmau5 did not clearly state whether or not he would be finishing out the remainder of his currently booked performances, including this weekend's Clubhouse Festival, taking place at Laurel Park Racetrack in Maryland, and accompanying afterparty at Echostage in DC as Test Pilot.

Update for the after party - Due to circumstance beyond our control, Deadmau5 will not be performing as Testpilot this Saturday. Full refunds will be issued at the point of purchase. pic.twitter.com/zllGXGWZC2

Mental health is never an issue to be taken lightly and the artist's fans have taken to various social media platforms in support. 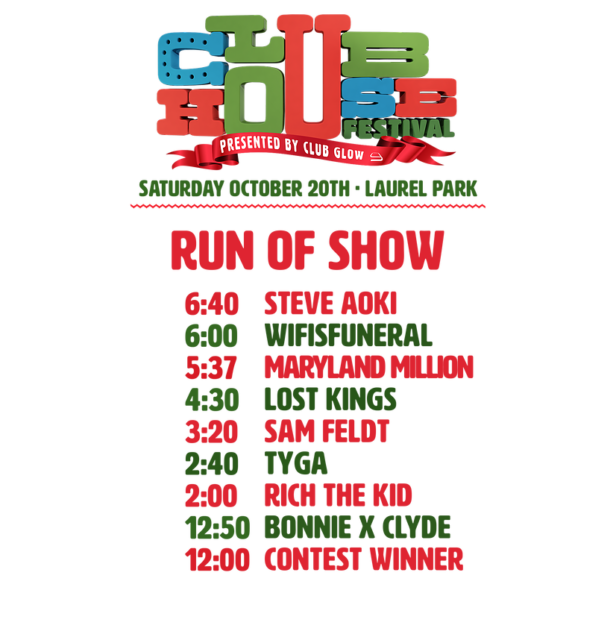 Headliner Steve Aoki leads the day festival's lineup, including Tyga, Rich the Kid, Sam Feldt, and Lost Kings, all of whom are confirmed to perform. In addition to offering refunds for the Test Pilot afterparty, event organizers have updated festival pricing to include a $20 discount.  Tickets can be obtained at the Clubhouse Festival website.

In the meantime, feel free to check out the National Alliance on Mental Illness. A grassroots support organization that holds events, provides education, advocates and provides resources for those battling difficult emotional times.