French label Kistuné is famous for its unique outfitting for electronic music, as well as its sister brands' offering for globally distributed fashion and French culture. They've released music for Pat Lok, HMU, Parcels and other rising artists, and in 2016 cemented a new piece of the events puzzle for the brand with their Afterwork parties. Launched in Paris and then in the US in New York City, the party reserved itself as a residency for emerging DJ and live talents to perform and to invite friends, influencers and others in fashion, music and arts industries to get together for a good time.

This year, the Afterwork parties picked up again in Los Angeles, and have continued throughout the summer. Just recently welcoming Pat Lok to the decks, the party has announced its return to the Nomad Hotel Downtown rooftop on Thursday, August 23rd.

Juan Maclean, Nancy Whang and others will grace the decks poolside with a view of downtown LA, and we will have some exclusive access to the party's guest list and artists as the event approaches. 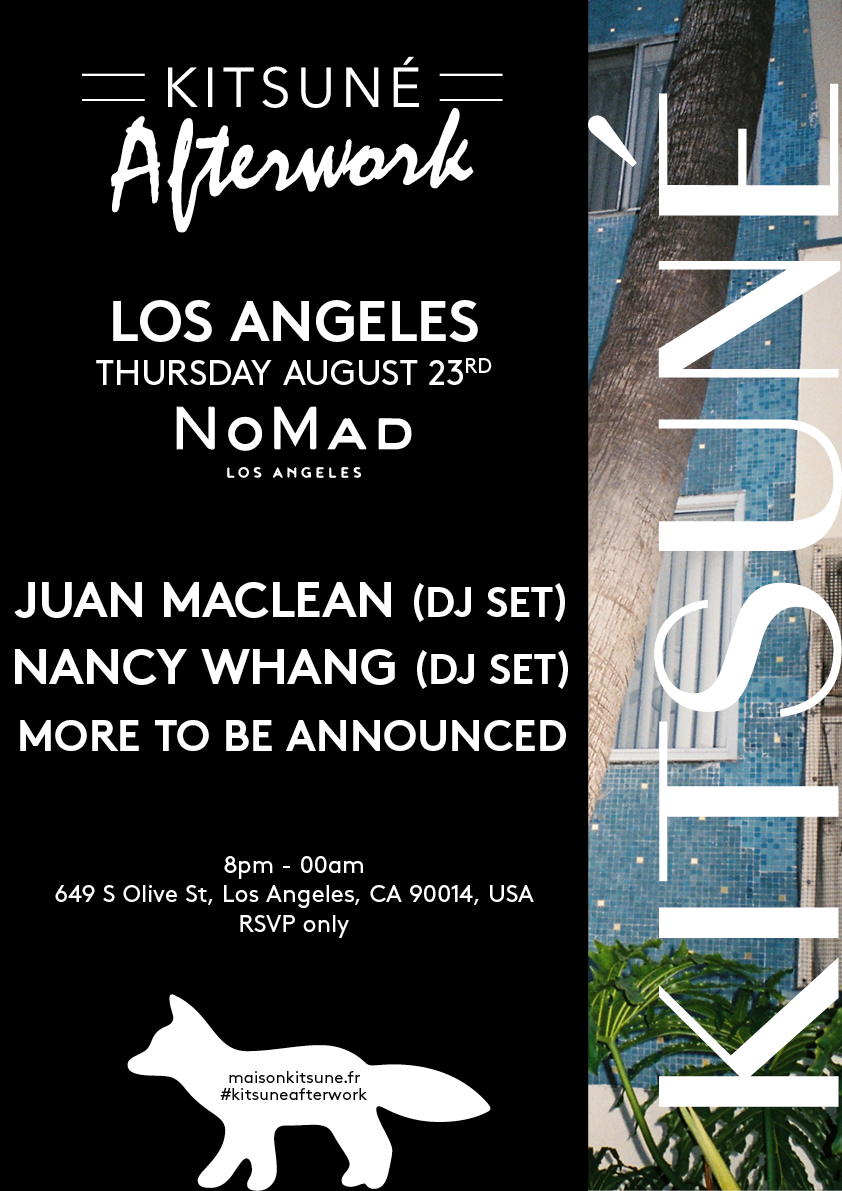