With everything he touches turning to gold (or maybe I'm just biased..) it was about time that Tyler, The Creator put his touch on something new. With the release of 'Scum Fuck Flower Boy' imminent and the internet in a total frenzy after the album was leaked online yesterday, he's also teamed up with Converse to release a range of limited edition One Star kicks - and they're pretty cool. 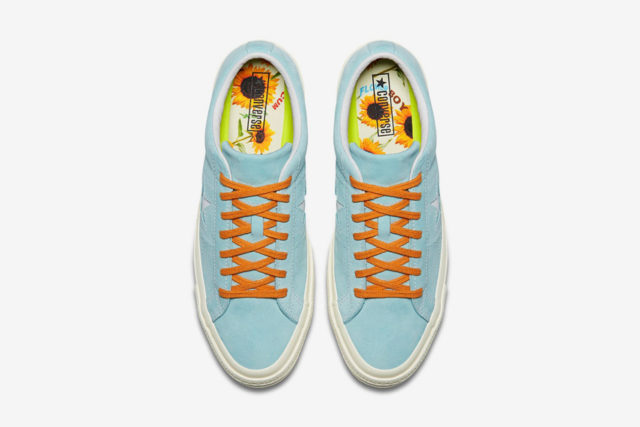 After months of teasing and finally a release of the promo video yesterday, the Converse collab is confirmed and is really happening.. *insert excited squeal here*. His fashion brand GOLF is internationally recognized - and he already teamed up with Vans for a range of GOLF skate trainers which may as well now be a collector's item. 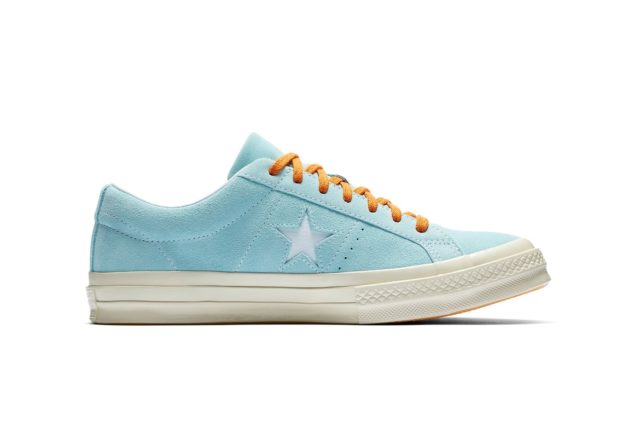 The Unisex Converse One Star trainers are a Clearwater x White colour way, much like Tyler's pastel haven he creates in his ethereal music videos. The One Star branding on the heel has been whited out and the inside sock liner features Scum Fuck Flower Boy print. Oh, and you can get your laces in orange or white.

If you attended last year's Golf Wang Fashion Show, your luck has come in. You'll receive a pair for free - saving yourself $100, which is the price tag for the One Stars which go on sale Thursday, July 13th.