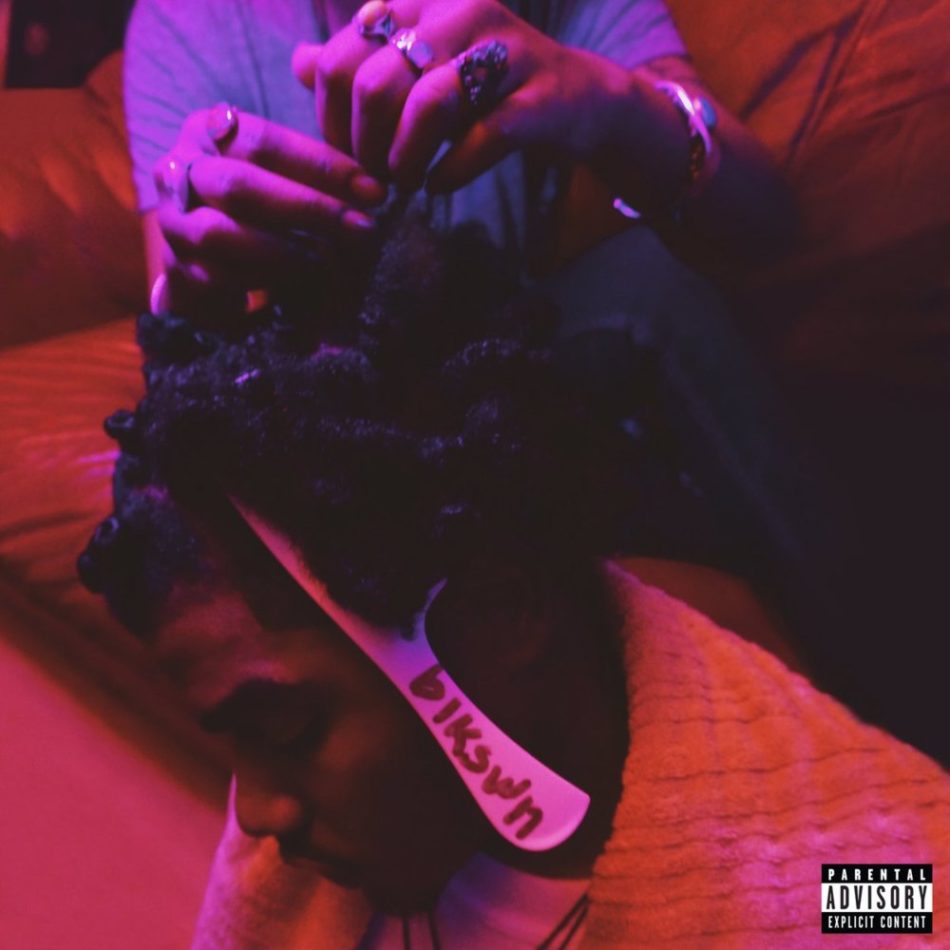 We have seen every new rising artist go through the process: they start to blow up and after the initial life change wears off, a sort of reflection happens. Kendrick Lamar's album of reflection was To Pimp A Butterfly. Chance The Rappers's was Coloring Book. J Cole's was 2014 Forest Hills Drive. One way or another the "reflection album" always occurs, but usually it's an album further in an artist's discography . For Smino, his reflection came early, and that might be due to the fact that he comes from a musical family. Both his grandfather and father had tried their hands at music careers, but decided against the creative path in an effort to provide a better life for their families. Though this apparently didn't stop them from imparting their own knowledge about the music and life onto him, as you hear phone conversations and repeated topics around the subject throughout the album. Smino knew this was coming, but he didn't know whether to be thankful for it or to pray for some peace again.

The album opens up to the hazy "Wild Irish Roses" as a girl asks for Backwoods, foreshadowing one of the many vices Smino willingly accepts throughout the work.  The Backwoods reference weaves into the next song, "Maraca", with lines like "Light the spark, and lighten up..." that we can assume are notes to himself while he speaks on the new fame in parallel to the aspects of his life beforehand. "Glass Flows" featuring the ever amazing Ravyn Lenae (the notes she hits in this song are heavenly) switches gears and reflects on that one that you should've never given the time of day. The chorus echos, "I think I made you too special..." and all you can remember is the remorse you felt the last time you caught your would-be boo in some unsavorable pictures on Instagram. So far the album has been a daze as we float on the high the production wants to immulate. I guess Smino and the girl, got those Backwoods after all, but the feeling can be compared to more of a "hotbox confessional" so far, rather than an in-depth reflection.

To speed things up, we're greeted with that high energy Smino is known for in the next song, "Flea Flicka" as he shares the track with Bari. This song sounds more like a debut album track than the openers with lyrics about fame, money, girls, and braggadocius behavior - "flea flicka, not a scratch on me." It does seem awkwardly placed though, as we fall back into another song for the ladies. "Spitshine" speaks on that one who knows how to hit it just right, but smoothly transitions into somewhat a remix of the song with "Netflix and Dusse". He even starts with the infamous opening line from R. Kelly's "Ignition (Remix)" to mark the transition and continues the night of vices full of drinking, smoking, and sex with his lustful love. With that being said, it's rightfully ended with a conversation between himself and his grandfather with words of advice and warning, as well as support for his success. This advice works as an interlude to his next track, "Anita", which is a consideration in his new life with it's new people, new environments, and the "Anitas" that are around for the money. It even ends with another conversation interlude between a few "anitas", who's story is continued in "Lobby Kall".

Vices are starting to enter the album with the previous songs about the "Anitas", but a new one has been introduced with a drunk Smino banging on a door late at night. In enters "Edgar Allan Poe'd Up" featuring TheMind with a simple nighttime ballad that could be mistaken as a love song on first listen. Instead, it's a admittance to his on going affair with alcohol, which has apparently been going on since he was 9. Even Smino looks to God for help, with the outro repeating calls out to the interlude "The Father". This acts as another smooth transition into "Father Son Holy Smoke" that works both as a broader reflection and introduction to another vice, smoking. While mentioning the situations the Black community are up against, cops and what he calls "murder burgers", he speaks on how smoking allows himself to keep calm within it all in parallel to his grandmother, who uses religion to cope.

Switching up again, songs such as "B Role", "Blkoscars" featuring Jay2, and "b=Blkswn" are reaching back to a more debut album-esque sound with subjects around his crew Zero Fatigue, hard working, money, and fame. This seems a little awkward though, since they're sandwiched between 2 reflective songs on the community and status of black people. "Long Run" follows the same blueprint as "Father Son Holy Smoke", but now asking God where he is for them now. Maybe it was placed here so that the album didn't seem repetitive, but instead it throws the flow of the subject matter off a little. We're back on track and going back into reflection as Mr. Zero Fatigue speaks on how tired he's becoming in "Innamission", but in "Silk Pillows" with Akenya it seems like he's found someone to pass the time with. "Fuck the function, I'd rather be with you", he quotes as his boys ask, "What's the move?", but in "Ricky Millions" featuring the beautiful voice of Drea Smith he seems to have a heart to heart with his lucky someone. He mentions his vices and how he's been dealing with them to her. Even though he may seem like he's got it all figured out, he simply wants to make his family proud.

The final track, "Amphetamine", is a surprise two for one with hidden talent since it offers no features in the title. It's a rightfully placed track though, with all of the themes of the album coming to a helm. He's been losing track of time with his new life, although his granddaddy's warned him. He mentions this on the first half of the Monte Booker produced song. With help from Bari and Jean Deaux on Part II, "Krash Kourse", they all contemplate how they want the money without some of the fame and new relationships that come with the life change. Smino makes sure the listener knows he's thankful for his blessings with Noname Gypsy ending the album with her own take on her newfound fame though. Amongst the talk about accountants and opening up for Lauryn Hill, Noname drops a line that sums up the final note of "blkswn" - "I told Him, 'Give me my money, I need my money now.' Thank you Jesus, whoever you are...I told them, 'Give me my happy, I need my Holy now.' Thank you Jesus, whoever you are."

Smino is letting us know in blkswn that he's aware of the change and of the fact that he needs to pay attention to keeping his vices under control now more than ever. He asked for this blessing and now he's asking for help while his blessings play out, so "Thank you Jesus, whoever you are."

Listen to Smino's debut album blkswn above via Spotify.