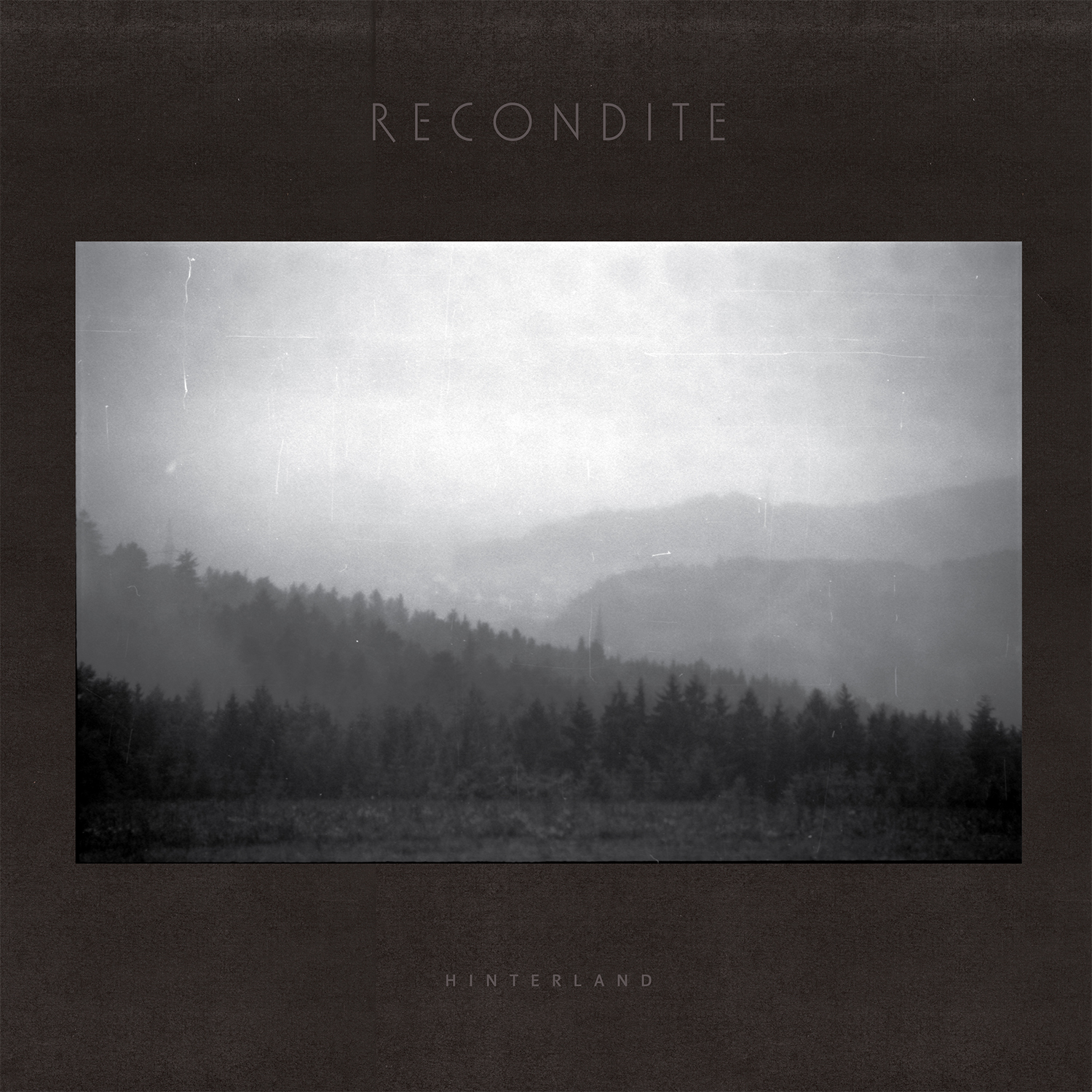 It’s easy to immediately think of a techno producer as a dance music backer with the necessity to advocate an unyielding cast of musical arrangements meant for restless dance floors. More so, this tends to be the belief when they’ve got releases under noticeable labels like Trolldans,  Hotflush,  and Dystopian (to name a few). However, German producer Lorenz Brunner, otherwise known as Recondite, has managed to keep a resistance towards this pigeonholing classification. With a sound that can be easily described as intuitive and meditative, Recondite’s music relishes a unique and calming composure that pierces deeper into emotions while staying true to a familiar techno characteristic. His newest album, Hinterland,  out today under Ghostly International is an extensive and more concentrated form of the Recondite tone we’ve all weighed in on with his last couple of records.

“Rise” awakens the record with its chilling synths that incite the rest of the slowly-evolving elements. Unfolding into a beautiful dub-techno structure, the track inhales and exhales a relaxing climate which carries on to what follows, “ Leafs”. It is in this second stage where we can definitely make out the lifting spirit that resonates throughout the album's entirety. A testament to his style, the immense emotion evoked via the lingering chords show us just how well Brunner has refined his own productions.

Up next, “Still” delves into a remote lull gently maneuvering the rhythmic patterns from one ear to the other. Illustrating a slow-laced voyage around a forest roofed with a nebulous fog (think of the album cover here), the scenic pulse in this track is seamless. Introspection takes a bracing turn with “Riant” as it showcases a cheery beat to be enjoyed in different settings. Once again, stretching his assortment with the synthesizing, Brunner manages a reverbing tune echoing a one-of-a-kind simplicity that lifts the mood to the often melancholic consciousness of the album.

The pace shifts once more with “Stems”. As a feeling of dusk charms the setting, this is the point where I’m itching to take any meditations to the dance floor. Chosen as one of the tracks to give the public a previewing insight to Hinterland, its catchy and danceable personality remains a standout sure to make for some memorable moments in the club.  “Floe” makes a great interlude as the final stages of the album draw closer.

With “Abscondence” and “Clouded”, the dark-tinged textures settle and absorb listeners into an entrancing state. Still maintaining a thrusting core, the hovering sounds fondle a faint Bavarian-esque influence that glides over the tracks—especially in “Clouded”. Listening to “Fey” for the first time made me think of the same unmatched sensuality you feel when listening to bands like Massive Attack, Thievery Corporation, or Hooverphonic. Full of suspense, it keeps us anticipating and holding on to each note. Reaching “The Fade”, we get a well-rounded sampler to the former with ear massaging kicks and lax synths that simply push forth great tranquility to finish off.

Overall, as the title suggests, the album itself feels like a detachment from civilization and its infrastructures. It becomes a sonic mobile that aids  a settlement to uninhabited soil the listener can acquaint and identify personally with.