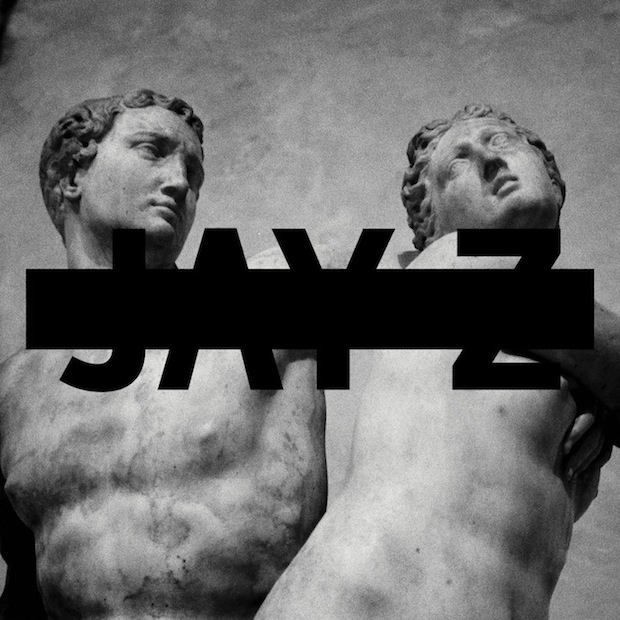 Jay-Z is the greatest rapper of all-time. Sometimes, it’s hard to see past that. “Greatest” shouldn’t be misunderstood as “best,” though—although he may be that as well—it should be considered a barometer of the vastness of his pop superstardom. He’s more or less a myth to some, a man subject to incredibly varied revisionist histories. That being said, there are two sides to that coin: on the one hand, the expectations surrounding a Jay-Z release will always be weightier than those of another album, and on the other any success he sees now must be considered slightly saturated due to his immense popularity. There in lies the problem with the MC’s either wildly overrated or incredibly underrated 12th studio album, Magna Carta Holy Grail: it has become more about Jay-Z the man (entrepreneur, mogul, husband, etc.) than about the art.

Jay-Z sometimes gets lost in his own sovereignty and is probably guilty of self-deification. It is hard as a listener not to get lost in it, too. With effective use of both his lyrical and business acumens he has erected a proverbial obelisk in his own name, constantly making sure to remind us of his infallibility. Magna Carta is filled to the brim with the same braggadocio that has characterized his previous releases, and despite what some may tell you, it is still rather effective. “Fear is your only God. Getting you to fear me is my only job,” the Brooklyn legend states matter-of-factly on “Crown,” and regardless of how the music is perceived, if that is indeed his only objective, then he has already succeeded. The fact of the matter, though, is that, no matter how you slice it, this album’s sonics are significantly overshadowed by the sound of Jay-Z jumping into a big pile of Samsung money.

Magna Carta Holy Grail is an event album, a power play. It is a feat only a handful of rappers have the status to attempt, and even fewer could pull it off with this much flair. It is awe inspiring to a degree and probably would have been pitiable if the album itself weren’t so electrifying. Luckily, the music manages to stand its ground despite the grand shadow cast by the elaborate Samsung marketing ploy. How you feel about the album is almost certainly impacted by how you feel about Jay-Z going corporate on us and subsequently becoming “the man”—not in the colloquial, urban sense, but in the sinister, tyrannical one. This album essentially serves no purpose but to line the multi-millionaire’s already silk pockets. It’s all business, which makes Hov’s over the top art history campaign all the more ironic.

In truth, Jay hit his apex nine albums ago (The Blueprint). He is well past his prime. For him to release an album of this quality at this stage in his career is commendable. This is essentially playing with house money. The album is certified platinum before its release. Barring an extreme turn, it is going to extend the record streak of #1 albums he snatched from Elvis in 2009 with The Blueprint 3. There will be a tour, and people will come. In fact, they will come in droves. The quality of the album could’ve been an afterthought. He could’ve mailed it in and handed Samsung one million copies of his verse from Rihanna’s “Talk That Talk” (the worst of his career) on repeat. Instead, Magna Carta is crafted with a care that displays great love for the craft itself. Jay continues to juxtapose himself next Jean-Michel Basquiat—and now Picasso—because he truly views himself as their contemporary. In his own way, he is making a valiant effort to set rappers on par with some of the innovative visionaries of more traditional art forms. While he may not succeed—the stigma of rap’s violent, misogynistic past is quite a burden to overcome—he is continuing to push the boundaries, forcing individuals to make the distinction for themselves. That’s great and all, but that’s not the same as making a truly great album.

Rapping will never be an issue for Shawn Corey Carter; even when diluting the purity of his work to the (sometimes) undignified levels that made him a centric figure in pop culture he is a technician first, and Magna Carta once again finds him showcasing his dexterity. For some, though, the problem with Magna Carta isn’t in Hov’s lyricism, but instead in the inaccessibility of his content. It has been said that all of his albums (with the exception of American Gangster) in a post-Kingdom Come world are the same thematically. However, there are very subtle variations; for instance, this album is far more personal and family oriented than his last. Magna Carta is the most successful Jay has ever been in uniting his billionaire boy persona with his street hustler persona, and it feels relatively sincere. It isn’t a flawless match, but it’s admirable that he continues to attempt to connect the dots from the man he once was to the man he is now. At the end of the day, Jay-Z’s story is still one of triumph. Magna Carta doesn’t fully lose sight of that even if critics have. The true problem with the album is that there isn’t much to really care about. Perhaps as a byproduct of its inaccessibility, the album doesn’t quite resonate. The image of Jay surrounded by Warhols does nothing for me. I love to vicariously revel in Jay’s success as much as the next guy, but there’s a limit. Too much of a good thing is indeed a bad thing.

Hov prides himself in being ahead of the learning curve in talent selection and development, and there are still signs of that here—the Mike Will Made It, Hit-Boy, Boi-1da, and Travis Scott production credits are all testaments of his savvy—but this album seems to be more focused on teaching old dogs new tricks, those old dogs being Jay-Z himself and producer Timbaland. Note: hearing any 40-year-old man reference Instagram and MDMA is slightly stomach turning. Hearing it in a rap is even worse. While Jay often struggles to make the transition into all things trendy, Timbaland reestablishes himself as a force to be reckoned with utilizing his signature creativity. Songs like “Holy Grail,” “Tom Ford,” “F.U.T.W.,” and “Heaven” show off the super producer’s versatility in a decade he had yet to truly make his mark on. Despite Jay’s occasional stumbles, the two make a solid tag team, and if you were ever taking your private jet to the MoMa in your Givenchy cape this would probably be the best album for that. I’m sure Ricardo Tisci loves this album.

Both individually and as a whole the production shines across the board, and when paired with Jay’s (mostly) adept raps Magna Carta is sonically fantastic in spurts. Pharrell joins the star-studded cast of producers to bring two gems: the Frank Ocean-assisted “Oceans” and the pseudo-posse cut, “BBC.” There’s just something right about Jay biting a lesser MC in Ma$e on a song with an uncredited Nas feature. (Who else could get an uncredited Nas feature, by the way? DJ Premier, Large Professor, and maybe AZ. That’s it.) Other highlights include “Beach Is Better,” which is about as much fun as you can have in 56 seconds and “Somewhere In America,” with its soon to be immortal Miley Cyrus/twerk reference. Overall, even when Magna Carta falls short it does so going big.

When really examined, Magna Carta Holy Grail isn’t as good or as bad as you’ve heard. It’s no classic by any stretch but it’s no dud either. If you look at it with any sort of objectivity, you will realize that you are probably being swayed toward one extreme or the other by your own bias, and that’s okay. It’s nothing magical; it is simply a solid album from a great rapper in the twilight of his career. Its place in history will be dictated not by his lyrics but by his reputation and business savvy, and that’s okay too. Magna Carta isn’t Jay-Z’s magnum opus, and Jay-Z isn’t Basquiat. Good luck telling him that, though.