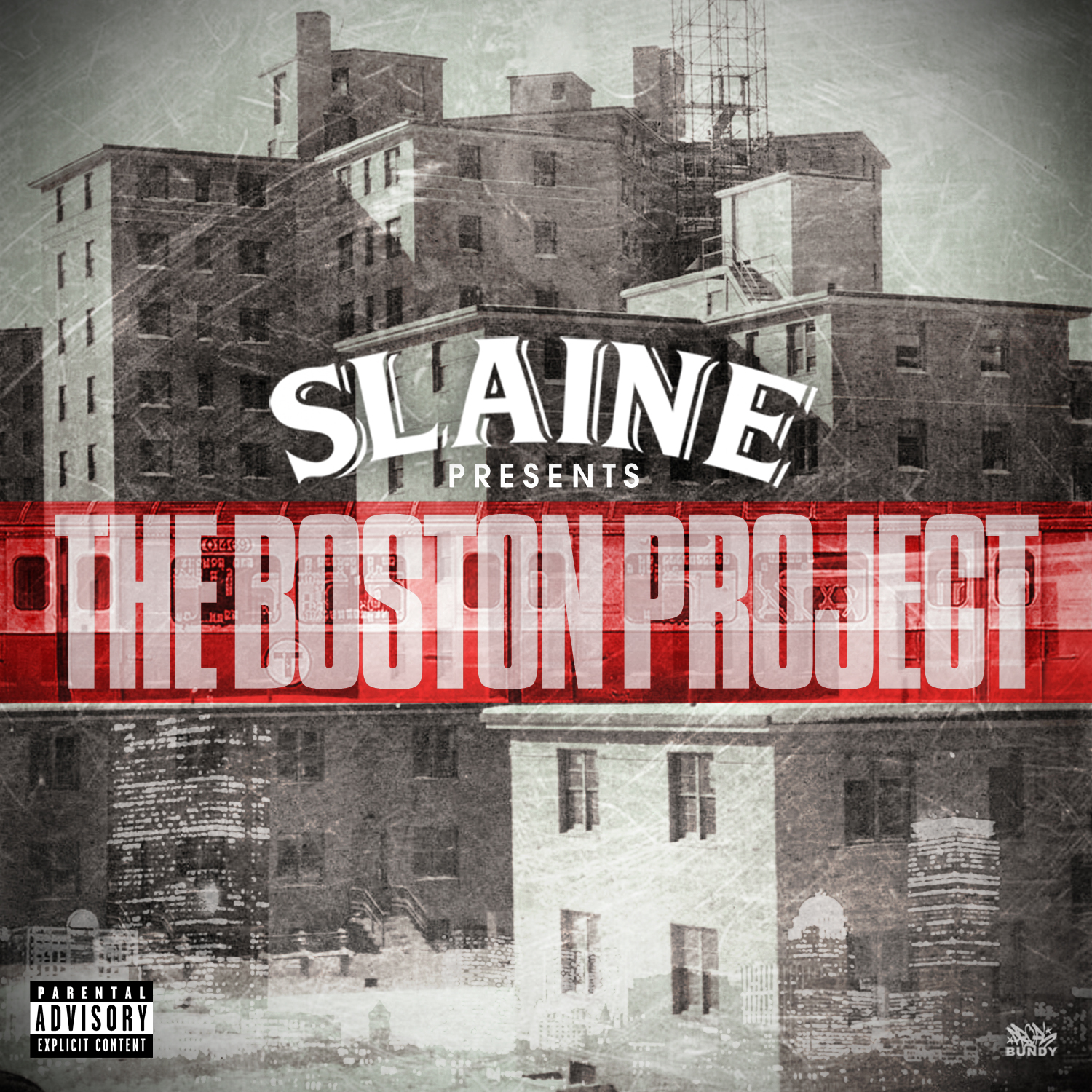 Slaine’s The Boston Project isn’t for you, you who have done your laundry, risen, brushed your teeth, put on a clean pair of socks. Neither is it for you, who’ve picked out just the wrong colours, showered on-schedule Monday, Wednesday and Friday and have the janitor wracking his rotting brain like, “Isn’t that my old Metallica t-shirt?”

But at the same time Slaine will gladly collect your $10.

He and his lyrical tyrants touch on subjects of addiction, grief, defeat and occasionally, triumph, drawing from both local street folk tales and his career. This choice of material comes as a pleasant surprise, especially when so many lyricists have run out of content and have had to resort to metaphorical fantasies.

Lyrically, Slaine delivers with the fury and raw energy you’d expect from someone who grew up idolizing emcees (Edo G and Gang Starr), not stars. On “Buildin’ With Edo,” he offers a soliloquy that sums up the integrity of the album:

“When I was 14 years old I remember seeing Edo G on Yo! MTV Raps and he was the first dude really reppin’ on that level for Boston, and that made me think I could do it. Years later I met Edo and we were buildin’ and we did a joint and we ended up making Special Teamz together. So when Edo put me on like that, that was dope, and I always look at Edo’s example as how I wanted to be, giving back to my city the same way Edo always did.”

With that in mind it’s not surprising the guest list features a range of Boston rappers, from Edo G and Jaysaun to Twice Thou and Moroney. The latter contributes to a chilling posse cut alongside Lou Armstrong, Patrick Starr and Blanco that includes lyrics so blunt as, “Three things I hate, girls, women and bitches,” and Slaine’s, “You know that bitch is trife when you come home from work and find her gettin’ pipe by a jerk to you kill her with a knife.” The beat is dark and ominous and, despite the odd exception, encapsulates the project’s cold vibe.

One odd exception is “Bad Guy,” the closest thing here to a mainstream trap number. By chopping and screwing a hook about wearing black clothes, dumbing down his flow to that Meek Mill level and incorporating EDM-inspired distortions, Slaine manages to point to the current trends, but he does so in a way that miraculously resists assimilation; he’s just too raw, a “chinky-eyed, Irish, alcoholic asshole.”

So it’s not that Slaine can’t adapt to what’s popular in the suburbs, or college smokeouts, it’s that he chooses not to. He raps in a style — albeit too hard for some listeners — his fans in Boston can relate to.

Having spent near three decades sunk in the counterculture, where friends come and go and fans burn out, Slaine urges you, the kid with the fresh smile, to stay in school. He even poses the question, “Do you really wanna be like me?”

Then he cashes your cheque.