Album Review: Foxygen - We Are the 21st Century Ambassadors of Peace and Magic - EARMILK
Press Esc key to exit.

Album Review: Foxygen - We Are the 21st Century Ambassadors of Peace and Magic 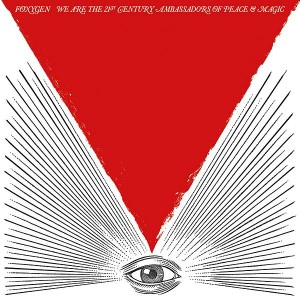 I need your attention for a second, and I need it now. If you listen to anything new today, this week, or even this month let it be Foxygen’s new LP release, We are the 21st Century Ambassadors of Peace and Magic released on JagJaguwar January 22. Until recently I really can’t say Foxygen ever flew very heavy on my radar, but now that they have nested nicely I am thrusting them (quite aggressively) on you. This is without a doubt the greatest release I have heard from any band, from any genre in an extremely long time. The entire record is heavily laden with flashy, psychedelic riffs making it a glorious bridge between many decades of music that blend together to give way to something extraordinary. Everything from The Kinks to the Velvet Underground to The Olivia Tremor Control can be heard floating in and out of each track on a magic carpet of raw bass, organs and rockabilly guitar riffs.

The chorus of "On Blue Mountain" feels like a gritty Stones-infused take on Elvis’ "Suspicious Minds", and "Oh No" even has a little taste of ‘I’m Going Home’ from The Rocky Horror Picture Show. All that being said, however, each track has its own unique vibe, making the album a spectacular grab bag of new music.

It took me a long time to figure out how to personify how great Foxygen’s sophomore release is without burying it deep beneath clichéd terms, or drawing too much comparison between the artists and records that influenced it. So I’ll try to let the music speak for itself. Take three and a half minutes and listen to "Shuggie", the catchy first single released off the album. The lyrics in the song bring to mind bizarre images of rhinoceros-shaped earrings, which are accompanied by a retro, swinging beat. The song picks up in the chorus, and takes you from cigarettes and whisky in the parlor to dancing like a freak and back again, over and over until the song fades out.

I’m thrilled that this record has been released so early in the year as it sets the bar high for the rest of the music that will follow it in 2013. The more I listen to it the more I believe that Sam France and Jonathan Rado (the duo that comprise Foxygen) really are the 21st century ambassadors of peace and magic, come to save us from the mundane pursuits of our daily lives with fresh, righteous tunes.