5 months ago by Nathan Whittle-Olivieri

Detroit-based producer, Black Noi$e has returned with his second full-length commercial project, Oblivion: a frequently icy, space traveling collection of his production catered for a host of features from artists in the Earl Sweatshirt and Tan Cressida universe. The project comes as a christening for his recent signing with Warner Records imprint, Tan Cressida. The label was created by Earl way back in May of 2012 ahead of Doris and operated under Columbia Records. Since then, Earl has left Columbia to “do riskier shit,” and Oblivion feels like the fruition of those plans. The album is the first project to be released by someone other than the label's founder.

Sweatshirt has described his signee as, "Grim from Billy and Mandy with a mean nollie flip and an affinity for life in all its forms. Detroit electric soul and 8bit ghosts and waterfalls." Noi$e has spent his career producing for other artists and releasing music under his own name all untethered to anything except his desire to continually make music in a way that satisfies his own creative spirit. His craft is found at the intersection of his life experience like using Nintendo Switch’s KORG Gadget to create music in between Mario Cart races, his early days of playing in a hard rock band, and music featured in skate culture’s 20 Shot Sequence and Trilogy videos intermingling with his affinity for classic hip-hop producers like J Dilla, Theo Parish, and Madlib. When blended together, they inform his 2018 commercial debut, Illusions and his brand of danceable, electronica, high bpm hip-house.

Oblivion though, takes on a slightly different role as his first project released with so many guest artists working over his production. To create a sense of cohesion amongst the eleven features, Noi$e drew influence from his past experiences working as the touring DJ on Earl Sweatshirt’s “Fire It Up Tour,” which also introduced him to Oblivion collaborators, BbyMutha and Liv.e. He spoke on his relationship with tour life in telling DJBooth, “That feeling of going to shows was unmatched. I couldn’t find this nowhere else; that sense of everyone being in the same place for the same reason.” These relationships in addition to his experience producing for Zelooperz and recruiting musicians tangentially related to Sweatshirt makes up a process similar to the album’s series of launch videos--each track switching from chamber to chamber, artist to artist and exploring unique territories, but within the confines of Black Noi$e's 'spaceship.'

Oblivion is at its best when pitting two polarized frames of mind to duel for equilibrium. Tracks like “Dragon Dance,” “Tight Leash,” and “The Band” are elevated and pristine but carry something deeply compromising; sometimes eerie. “Tight Leash” sees MIKE give a heady jazz rap verse all while surrounded by a fog of ominous, swirling crackle. The track opens with a manic laugh and closes with the sound of knives being sharpened. The New York rapper writes, "I gotta stay cautious and aware," while surrounded by a haunted forest of an unsettling soundscape. The piano instrumental could be both beautiful if isolated, or terrifying if heard alone at night and Black Noi$e plays into that duality, augmenting the higher tones occasionally to compromise their sweetness and always keeping you on your toes.

Similarly, “The Band” opens a cabaret type of silky performance from Dallas’ cosmic jazz singer-songwriter, Liv.e -- her voice strained but powerful like a delicate hologram. The lo-fi and distant filter placed over her vocals is all that stands in the way of the track being something whimsically vintage. The trickling, descending piano keys play over lyrics like, "I'll be honest, saw the arms reachin' out for me / As we passed through the land / The big yellow band.” There is a real feeling of treading carefully over a hostile environment in this pair.

In a more thematic sense, “33,” the penultimate cut, is the yin to “Sorry’s” yang, balancing out the latter’s black hole of emptiness with bright, overexposed chords that feel like considering new possibilities. The tracks are the only two instrumentals on the project and bring it full circle, coming as the second and second to last tracks. "Sorry" is also the only cut to feature co-producer as Raphy assists in crafting what feels like listening to an ego death. Long, disembodied howls lament over a skeletal beat, really opening up the idea of what an 'oblivion' can sound like interpreted into an album. "33" on the other hand, drifts about with big, grandiose swells. Sounds like a whale breaching in that its large but carries an elegance.

At times, there isn't a pleasantry or playfulness to compromise this sense of darkness. Maybe the most intimate segment comes halfway through the project beginning with Earl’s verse in Mo(u)rning. "I think I'd call it mourning, grief about twelve months / I couldn't form a decent smile, chest heaving / death reeking in a pile / Eventually I'll leave the house," remind of the grave, big question severity of his Some Rap Songs and the staunch, real depression it narrated. In this same moment, GVVAN’s (not 'Gavin') “George’s Baby”considers his late father.

In contrast, there is the project’s lead single and standout banger, "Mutha Magik" with BbyMutha. The high energy brought by the Chattanooga rapper is almost manic in comparison to the Earl and GVVAN tracks, bringing a mirage of broiling confidence. Boasts such as, “I'm nice as fuck, I'm nice as shit, waist is tiny, ass is thick. Masculine but so feminine, miss lady be droppin' dick,” along with modular, bouncing synth leads fill the track with a forward-leaning energy.

Maybe the best instrumental on the album, “Glitch” featuring duendita is something like an alien’s hip-hop interpretation of the Oompa Loompa’s warnings to Charlie and the rest of the chocolate factory children. The inspiration for her name comes from 'duende', meaning a heightened state of emotion in response to art and that shines through with this track. There's an almost meta sensory experience with the track's bright, elastic beat and left field vocals.

Black Noi$e is able to shift the surroundings occasionally to get some unique samples from artists already familiar to many. Maybe the most surprising verse comes from one of the project’s biggest names. Danny Brown sounds almost unrecognizable at first listen as he changes his often slurred delivery to a tenacious, vocal affront on “1999.” Brown delivers kung-fu raps, finding a breathless percussion in his voice over crashing, staccato drum pattern. There is a certain vintage feel in the rough-around-the-edges flow. Similarly, wordsmith and genre-bending Alabama-turned-Los Angeles rapper, Pink Siifu, features on the album’s titular track. Siifu has been rapping prolifically under a host of alias for years, but turned to audio guerrilla warfare on his new NEGRO. “Oblivion” finds him rapping again, this time over an instrumental without gravity: its synthed-out percussion strikes carry inertia into the distance while Siifu delivers in attack mode.

Detroit's Danny Brown is followed by another Motor City connection in Zelooperz' "Bonnie and Clyde." Opens with pensive piano with a lot of space left open, creating a largely a cappella  feel. The Bruiser Brigade rapper and his slurred, stumbling cadence has so much personality on the mic that the more subdued beat, even after the rest of the instrumental comes in, really allows him to carry the track. As the name implies, the track is a hip-hop love ballad like outlaw country told over a beat.

Despite the sense of emptiness often explored on Oblivion, the project closes with the beautiful “Dragon Dance,” featuring Cousin Mouth. The track is under two minutes long but dense with rich lyrical content like, "I'm too old for these drugs though I've done them," and "Recently been imagining everyone I know as an older person and it looks like hell. I'm no different and no better." There is a sense of unspoken eulogy for past experiences with a regal pride in accepting where they have resulted. The lush writing and Cousin Mouth's vocals make for a mature, statesman-like close to the project.

Whether Oblivion is the realization of Earl’s “riskier shit” or just a group of like-minded individuals creating compelling art it is a watertight project that shows the young Detroit man as a versatile producer not only as a beat-maker, but as a solo artist. The future remains unclear for what the Tan Cressida imprint represents and what it will produce but here's to hoping its more albums like this.

Oblivion is available to stream here. 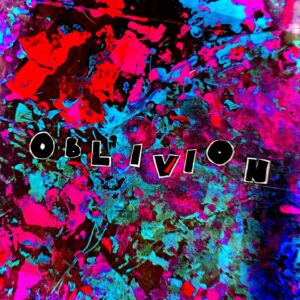