After  Tyler, the Creator's Flower Boy was nominated for Best Rap Album in the 60th Annual GRAMMY Awards, the hip-hop artist was fueled with a newfound purpose to come back with one of the greatest follow-up projects of his career. Less than six months later, the 27-year old teased fans with the release of a new single titled "435".  Vengefully, he raps the line, "they was playin at the grams, one nom ain't enough. Imma make sure that that sh*t ain't happening again." Through this release he unveiled a new identity in his latest album: IGOR. 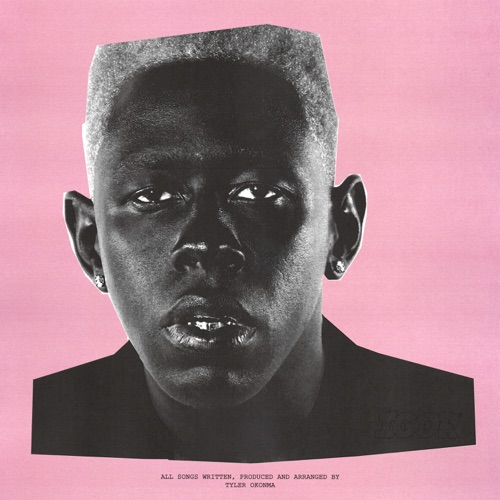 Like most, when Tyler, the Creator was close but with no cigar, he naturally acted next with an even stronger swing. This time, he came not as a wolf, not as a goblin, nor did he even come as a flower boy. The artist came as IGOR.

This album was not your typical rap album. It's a level of hip-hop that makes the hardest of men appreciate sounds that they've never figured to take attention. From the very start, he's been everything that hip-hop should represent. Soul expression and individuality. Many have stiff-armed any new content since being introduced to the artist with "Yonkers". Tyler's character has been maybe too abrasive for some to ingest.

The perception of who Tyler is to the general hip-hop audience has gradually changed over the years. He's won hip-hop purists over with more traditional production techniques and classic sounds in songs like "FIND YOUR WINGS" and "See You Again". The production value has leaned towards a jazz hop world. His maturation in life became reflective in his music. IGOR like any of his former projects was packed with emotions, and frame-cutting substance. He utilizes a foundation of familiar chords throughout the 12 tracks and allowed us to take it all in while being seized by new voices and the dissimulation of the characters being drawn.

The beauty of not having the featured artists listed is, we get to be distraction-free. It's difficult to not immediately run to the records listed with familiar names that we know and love. Tyler knew this, thus hiding those who he collaborated with to keep us engaged. Here are the instructions on how he suggested for us to consume IGOR.

From the creative changes to the vocals contributed by Lil Uzi and Solange on "IGOR'S THEME" to the very particular samples on various tracks like a 1998 pop song by Tatsuro Yamashita called "Fragile" being used on "GONE, GONE/ THANK YOU". Solange's voice and influence was threaded all throughout this album from the vocals on "I THINK" to their friendship and his co-production on When I Get Home. You can see where he felt liberated to go a direction with the music that was based on following a vibe or emotion rather than finding a hip-hop and R&B niche that's culturally "working". The record contains a narrative of love where he vulnerably tells his love interest of his strong feelings.

"EARFQUAKE" shines as one of the album's best received tracks.

Comedian Jerrod Carmichael is found in the album as his voice webs throughout the project's entirety with tracks like "EXACTLY WHAT YOU RUN FROM YOU END UP CHASING", "NEW MAGIC WAND", and a few others. A trusted friend of Tyler's, Carmichael was entrusted to say a few lines adding to the thematic narrative.

"RUNNING OUT OF TIME" features Jessy Wilson from the duo, Muddy Magnolias, and contains somewhat of a suspenseful tempo with the snapping and the sounds of race cars speeding by. You can feel as though the relationship previously assembled throughout the album is on eggshells. The feeling in this song is followed by what to me is the biggest bang and the body of work's apex, the climactic number, "NEW MAGIC WAND".

He told Zane Lowe with Apple Music that it's his favorite part he's created musically is the hook on it with Santigold as they repeat 'Please don't leave me now.'

The underrated production ability Tyler blossoms to a higher level with "A BOY IS A GUN" which features a clever soul sample from the Ponderosa Twins Plus One. These iconic samples intertwined with the vocal stems pitched up and orchestral instrumental breaks are a direct influence from his idols and now friends, Willams and West. "A BOY IS A GUN" consists of pure aggression and frustration gun sounds. His love interest is dangerous and seemingly won't stick around. When he leaves, he says on the bridge,

"You're a gun 'cause I like you on my side at all times
You keep me safe (No, don't shoot me down)
(You started with a mere hello)
Wait, wait, depending on, you know (All the time)
You could be dangerous to me (Time, time)
Or anyone else"

Kanye does make a slight appearance singing on "PUPPET" and even Pharrell hops on the album's soulful finale, "ARE WE STILL FRIENDS?"

On what might be the catchiest and warmest melody on the album, CeeLo Green nails "GONE GONE/THANK YOU" chorus. "Whether it's rain or shine, I know I'm fine for now. My love's gone." With the help of this song, the next, and many more on the album, we can formulate with the lyrical content that he's getting over a love or infatuation that once was.

Regardless of what's romantically going on in Tyler's personal life, IGOR was forged with relatable sentiments for us as an audience. In hip-hop, that's what listeners seek. We can all connect to concepts of love, whether we have it or lack it. Yet, the album also contains elements of that hostile weirdness that we've grown to love.

It took steps to get to the greatness that he's achieved at this moment. Album after album we can see growth in lyrical content and musical production. Tyler has put away many of the rowdy characteristics of the past and has evolved into a musician that structures a consistent body of work song after song. These are back-to-back albums now that are cohesive from front to back while never taking a dip in the quality of production.

Without any pre-released singles or music videos, no extreme attempts to get viral, IGOR became Tyler, the Creator's first no. 1 album. It's the first no. 1 album to do so of which the lead rapper has no co-production outside of himself. Flower Boy nearly accomplished the same milestone reaching second in the charts in 2017.

The persona of IGOR embraces his feelings, expresses them, has blond relaxed hair, and sings his heart out. He's emotional, and he's indeed hip-hop.

You can stream and purchase Tyler's album everywhere on all platforms.