3 years ago by Rebecca Davis 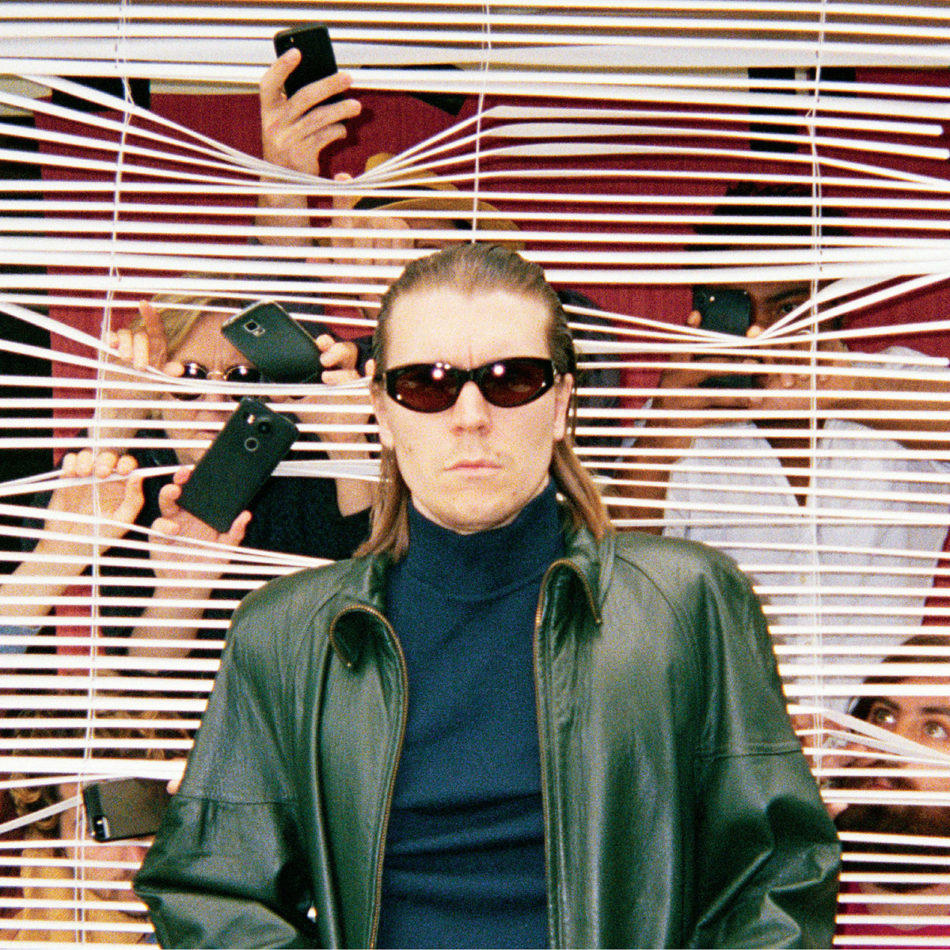 I last saw Alex Cameron perform at a small club in my college town. I had pushed my way to the front row to gain a more intimate experience with the opening band and expected to haphazardly halfway ignore the opener as many often do during concerts. Cameron walked on stage in high waisted jeans, a wife beater tank top, and oily hair slicked back in a fashion that could easily be dirty or stylish. He talked to the audience like they were his best friends, reciting causal stories about each song he performed and dancing along to his own music like he was alone in his bedroom. It’s safe to say that I will never ignore an opening act again.

Forced Witness, Cameron’s sophomore album through Secretly Canadian, demands as much attention as the singer’s live performances with saxophone bearing Roy Malloy. The Bowie influenced, pure 80’s sounding compilation shows a tremendous amount of growth from his debut album, 2016’s Jumping the Shark, and seems to evoke more personality than the tracks before it, begging listeners to steal Cameron’s dance moves, which align seamlessly with his new music.

'Country Figs', the second track on the 10-song album, is the first to stand out and sounds like the anthem for dive bar cigarette breaks. Its lyrics are grimy but the beat is infectious, making it the appropriate background music for lonely late-night car drives with the windows drunken alleyway dance parties after last call. This track, which is so dirty that you can almost smell the sweat beading up above the singer's lips, prepares listeners for the rest of the album, which is equal parts sleaze and alt-pop magic.

'True Lies' follows shortly after, describing the world of online dating that is so often ignored by musicians in the first place. Cameron takes a humorous approach to the beautiful eyes he finds through the web that may very well belong to a ‘nigerian guy’ as opposed to the woman he believes he’s talking to, stating both possibilities beautiful nonetheless. The theme of the world wide web reappears in 'The Chihuahua,’ a mildly cheesy, but all the while infectious, tune focused on ‘chasing pussy online’ sung in a way that feels more genuine than creepy.

Perhaps that’s the be the best way to describe Cameron’s music, which could easily be interpreted as sleazy with any other voice behind it. Instead, his music feels more like the chummy exchange of journal entries or private texts and less like online messages that adults warned us about during adolescent lessons on internet safety. Even when Cameron croons over his almost legal lover in ‘Studmuffin96’ he somehow comes across less like a creepy uncle than one would expect when it comes to topics such as this. His distinct sense of humor is obvious in tracks such as these, which aid in the listener love and connection that grows with each passing song on the album.

Angel Olson lends her voice for the beautiful stand-out single ‘Candy May’ (above), which displays so much raw emotion vocally and lyrically that it is near impossible not to scream along every time “....you effing lonely man, you worthless piece of shit, you all wouldn’t understand” along with Olson and Cameron each time the track passes through your airwaves. Emotion in music is almost always evident, but the best and most memorable pieces of work bring more to the table, and the songs like this where listeners can hear the feelings of the artists are ones to hold onto.

Cameron is cool, but not in a way that feels exclusive. His music invites listeners to dawn oily and dirty white tank tops along with him. It’s the music you dance to when you get out of the shower with your hair still wrapped in the towel, what you put on when you’re lonely for someone who isn’t yours, what you listen to when you’re putting on your lipstick before a night out. It’s the music made for headphone listening on walks alone in a new city and the soundtrack for personal connections made with others. Forced Witness is intimate, bold, and honest. In a world filled with the artificial, we should thank our lucky stars for the dirty authenticity of Alex Cameron.

Listen to Forced Witness on iTunes and Spotify