4 years ago by Leon Clarkson 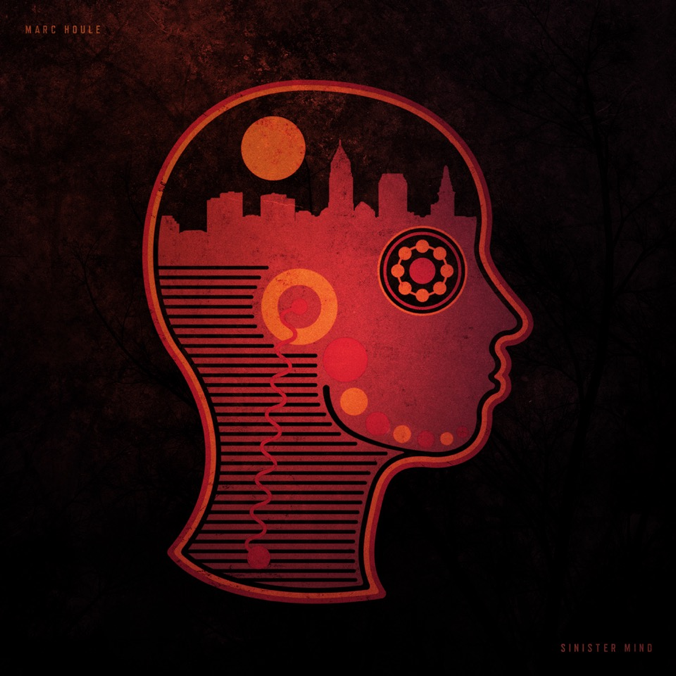 Before his balky assertion, the opening track initiates with a captivating siren-like synth progression that Houle delivers with an Arabic maqam manner. What follows is a hypnotising loop with teasing percussion, followed by an impactful dredging pad. When the beat does finally drop a swirling, bubbling bass rhythm takes over, and minimal, but clattering, claps and hat pattern groove in unison as they and the siren wail see out this mystifying album opener.

A thick kick and wide one-note synth stab occupy the entire dynamics of the second track, "Sinister Mind", pairing the vocal chant, "Sinister mind, you make your way down, lower, and lower, and lower, and lower," with the main synth stab. An inspired trick in production ensues, and for every resulting cycle of the chant, the synth stab plays a note lower on the octave taking the track melody further down the scale and making me feel as though I'm in the track, the song feels tangible somehow. Brilliant. A mid-section respite comes by way of a trippy arpeggiating melody before the charting words come back, distorted, reverberating and sluggish.

Feeling utterly caught within the grip of the Sinister Mind narrative, "Maskatron" is no such obstruction to the dark allure so far. The four-note bass line teams up with a clock-like percussion, counting in an eerily timely manner. A tuneless guitar-like pluck with longing delay adds further unease as the bassline mutates outward before dropping the grooviest 16th-swing-led beat imaginable.

Firmly infected by the twisted clutch of "Muskatron", next track, "Loafers", is strikingly straight-laced in comparison. The first third of the track issuing a soldierly rhythm with an acid bass tone but as you enter the middle third the bass mutates sharply, a bassy grunt and additional swung percussion give movement to the groove and as such takes the track into the final third with a cocky swagger, conforming to broader dancefloor spirit than that of its predecessors.

Reducing the pace and resetting the mood is "Failure", as it cuts the album in two with dark wave synthesis and echoing vocals. This is followed by the plucky web-cafe electro of "Bassorific". Leading with a phasing off-beat bass pulse and unsettling synth chirps it's a useful restorative measure — though I was happy to remain stuck in this sonic new world from Houle.  "Dark Tom" plows the mood swiftly downwards with a thrilling bass rhythm but stifling long releasing pad-stab. It's a construct that draws you in and down, feeling like an unstoppable mental replay of a slow motion heart palpitation.

"Conbibular" continues in the same vein (no pun intended honest), though these palpitations mutate to disorientate, with a scattered use of mid-to-high percussion above a confident booming kick and bass combo. When this track reaches full pelt at the leisurely 115pbm it's still a powerful forward-moving trip. As the track parts fade out piece by piece, it allows for contemplation. The final dozen bleeps play out and as your senses return to their original capacity a sense of reality creeps back in.

Before I can think clearly, Houle delivers his final creation, "Paligama". Light, airy pads fill the space between a jittery bass & mid-synth pattern with a groove lighter than the rest of the album; a jacking, minimal beat to partner the synthetic rhythm. Immediately, as I begin to acclimatise to a sort of norm, the soothing "Paligama" triggers a recurrence for the evocative, tripped-out escapism that Sinister Minds has provided. I urge anyone and all to take a trip too.

“After over 10 years of making music, I felt it was a good time to stop and assess my musical journey. I didn’t plan on a trilogy but I realised I had so much to say that limiting it to only 1 LP wouldn’t get the whole story across. The first album ‘Sinister Mind’ reflects more the dark tendencies and tones of my sound” - Marc Houle

Sinister Mind was released on the 24th March 2017 and I highly recommend you check it out. If you dig it, support it! Purchase here.