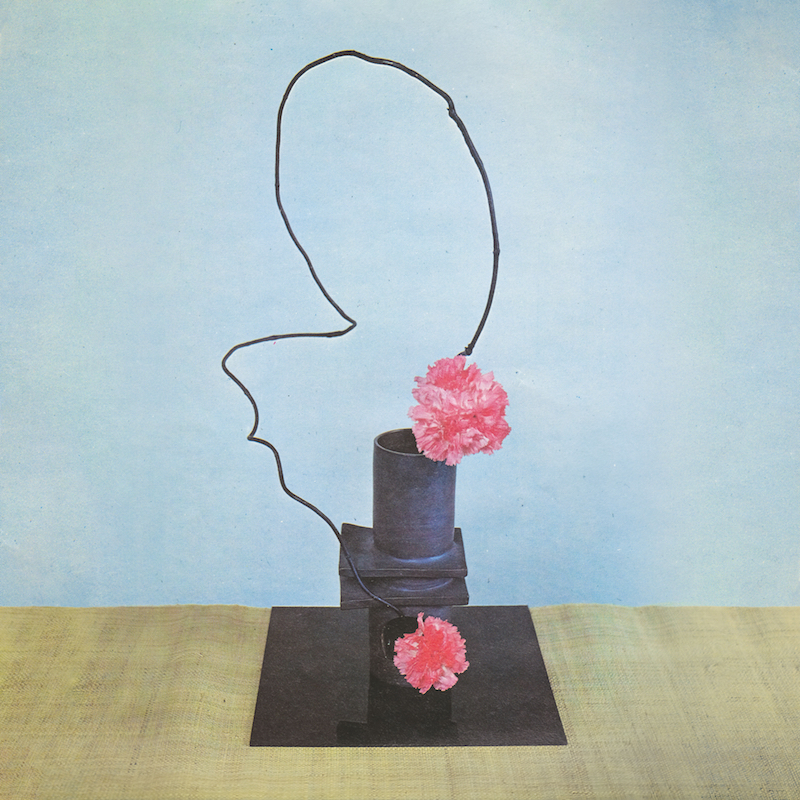 In a moment when Australia is riding high via the respective outputs of psych-rockers Tame Impala and idiosyncratic singer-songwriter Courtney Barnett, another group is laying its claim to the Land Down Under. Methyl Ethel – so named for the chemical compound frontman Jake Webb’s father used to make fiberglass – is androgynous dream pop at its finest. On their debut record, Oh Inhuman Spectacle, the group has assembled an impressive array of songs that soundtrack a sleepy but sage worldview.

While the liner notes accompanying Oh Inhuman Spectacle highlight the brutal heat that stifles Perth for parts of the year as the aura in which it was created, the sound of the record is more akin to a spring storm, a rain just strong enough to keep you indoors for a long afternoon.

Things get underway with “Idée Fixe,” introducing listeners to Webb’s serene and seductive voice. Webb’s vocals occupy a unique niche that is ungendered and ethereal, coating abstract lyrics and hazy synthesizers in the warm embrace of his song. The sounds of a wave crashing kick in the bass and percussion, which leads to a sound that is both ponderous and danceable, separating Methyl Ethel from immediate contemporaries like Beach House and more distant cousins like Pink Floyd.

On “Twilight Driving,” a track that preceded Oh Inhuman Spectacle and garnered Webb (who originally conjured Methyl Ethel as a home-recorded solo pursuit) advanced acclaim, he lays out the atmosphere of the record as he sings, “Well, it’s the early morning baby, why don’t you hit the snooze?”  Many of the songs on the record are bone-weary, the tired proselytizing of a restless soul. In a sense, this is the turn to Webb’s prestige: lulling the listener into comfort before the true shape of the songs emerge.

As far as influences are concerned, one can immediately peg Kid A-era Radiohead. Indeed, album closer “Everything is as it Should Be” is almost certainly a call-out to the latter’s “Everything in its Right Place.” The track “Unbalancing Act” begins with atmospheric sounds of birds chirping, crickets, and distant chanting. As a tribal tone sets in, Webb channels his best Panda Bear vocals for a song that could be a forgotten Animal Collective B-side. Methyl Ethel dips their toes into several genres, while never fully straying from the tranquil origins that acts like Air helped usher in.

Like Air, the words are secondary for Webb and company, but certainly still intriguing.

“He said, ‘I don’t want to be a photograph, another photograph in your album. I wanna be a photograph in your door way,’” sings Webb on the 1980s synth-laden “Rogues.” Getting lost in the puzzle of Methyl Ethel’s lyrics is a map to a nervous psyche, a mind trying admirably to quell its neurosis through music’s calm. These words speak to a palate that tastes bitter with the sweet, like when on “Idée Fixe” Webb proclaims, “I climbed up two dozen roses, each one caught, like a Sunday soldier.”

Not every track is a win. The short “To Swim” is a bloated interlude that fails to function as the bridge it was presumably conceived to serve as. “Depth Perception” gets a little lost in rain drop keyboards that do little to speed a molasses-slow pace.  Instead, Methyl Ethel is at their best when they’re building off of the structures that have served acts like the aforementioned Beach House so well instead of trying to recreate them.

“Also Gesellschaft” leads in with the ambient sounds of a crowd before Webb’s vocals, a purr of digitized distortion, set in over a probing melody. Ambiance is key with Webb, so much so that one almost wonders if a fog machine and Kanye shades should have come packaged with the record. There is noticeable effort throughout Oh Inhuman Spectacle to strike a tone, an ambition that is rewarded on songs like “Also Gesellschaft” and “Twilight Driving,” but blinding on a handful of other tracks that leave them sounding almost unfinished.

As a first effort, Oh Inhuman World largely succeeds, as much as a promise of what’s to come as a product that will surely continue Methyl Ethel’s upwards trajectory into festival lineups, music blogs, and the like. Already, Webb has joined the company of Barnett and Tame Impala as one of three acts shortlisted for the 2016 Australian Music Prize, which Barnett took home earlier this month. Perhaps more intriguing is what comes next. As Methyl Ethel finds its place and sharpens its sound, the possibilities are immense.