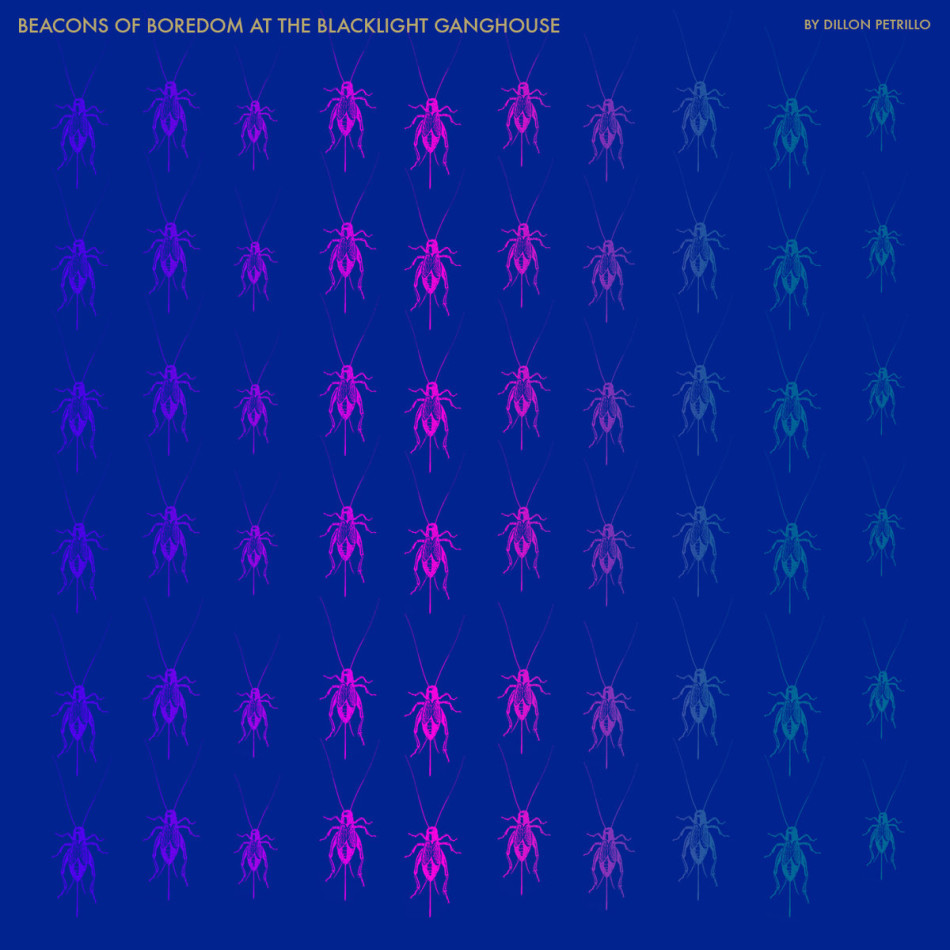 You can tell that San Francisco-based Dillon Petrillo is full of imagination. His album Beacons Of Boredom At The Blacklight Ganghouse, which was self-released in Oct 2015, is a 19-track example of this imaginative nature and features wide musical scope.

Beacons of Boredom... tells what Petrillo calls a "fictional story of the opening night of a retrofitted firehouse-turned-venue, The Blacklight Ganghouse, located in the bowels of a Bay Area shipyard." The crowd this "venue" attracts is comprised of "acid-freaks and radio tuners ready to be absorbed in digital distortion and melancholic ambience" of headlining act "cricket.sir.rain," which approximates about half of the sonic quantity of Petrillo's offering.

Meanwhile, the other half of Beacons of Boredom... is often (distractingly) preoccupied with the fictitious club's groundskeeper, who "plays songs in solitude from a record-studio shack that emerges from the weeds of The Blacklight Ganghouse's sideyard."

Beacons Of Boredom At The Blacklight Ganghouse hops back-and-forth from each imagined performance within Petrillo's made-up world, creating a jarring cocktail of folk rock and experimental tracks that struggle to mesh with the accompanying minimalist electronic tunes. Although meant to be interwoven with a give-and-take mentality, the album reflects these two streams of music too literally, and isn't cohesive as a result.

Highlight tracks like "Artifacts", "How Are You Feeling" and "The Magic" (the vocals of which are often Beck-like) are hidden amongst their lesser counterparts. Dillon Petrillo fails to cut the fat and unfortunately gets lost in the fiction, leaving us to conclude that Beacons of Boredom... is more imaginative in its allusions to storytelling than in its soundscapes.