7 years ago by Cailey Lindberg 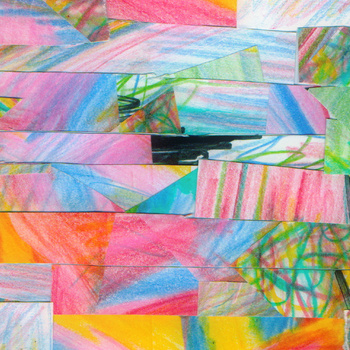 Sometimes I come across music that is worth explaining in non-linear terms, and new album Vol. 2 by Perhaps is just that. It is pure, experimental music, but the concepts it is based on go much deeper. Founder and bassist Jim Haney has been making music under the name for a very long time, and so the music is perhaps is as much of an extension of him as it is a band, but with the addition of Sean McDermott on guitar and Don Taylor on drums his ideas are rounded out onstage and in live recordings. In fact the entire album, as well as their first installment Vol. 1 was recorded live because it is the only way that music of this nature could be accurately captured. Although executed in a highly technical way, the music still flows in a long stream of consciousness, and is indefinable into a specific genre. The more that the listener tries to understand, the less that they do, because there is no way that anyone would ever be able to understand the continuous twists and turns of one’s own mental processes.

I feel as though I understood it just a bit when I saw them perform live. Their live performances are unpredictable, and perhaps a bit unstable in the best way. Utilizing onscreen projections, the drawn out, continuous sets often start with a swirling hologram that instantly hypnotizes and engages the audience. Colors burst on the projector screen, multi-colored explosions that are so much deeper than the old acid trip routine most experimental bands use. The impression Perhaps leaves on the audience is that the music is more than artificial hallucinations, it is an organic plethora of mind shadows that did not need substances to be created. Their sets often end with what I can only describe as pure performance art, with Haney dribbling fake blood down his face as he stands against an abstract backdrop. If anything, a substance would tone down what was already there to begin with.

The basic meaning behind all of this is that it will just keep going, and just because there is no definite meaning doesn’t negate any of it. Perhaps is life itself, an ever-changing assembly of sounds and thoughts that will continue without end. It isn’t as serious as some people could make it out to be, it simply is, and the themes and ideas that are written and performed will continue to unfold, almost so serious that they aren’t completely serious at all. That being said Perhaps is a band that the music world should take seriously, because what they are doing is so unique, and yet so relatable that listeners will find their own meaning in it.

Vol. 2 has already been extraordinarily successful in the experimental world, and was the best selling album in the genre on Bandcamp within 24 hours of it’s release. Founding member of the Japanese psych rock legends Acid Mother’s Temple, Cotton Casino, even contributed synthesizers on the album. Gearing up for their first European tour, and a US tour with Acid Mother’s Temple including an appearance at Austin Psych Fest 2014, the band will also release a vinyl version of  Vol. 2 and their third album in the coming year.