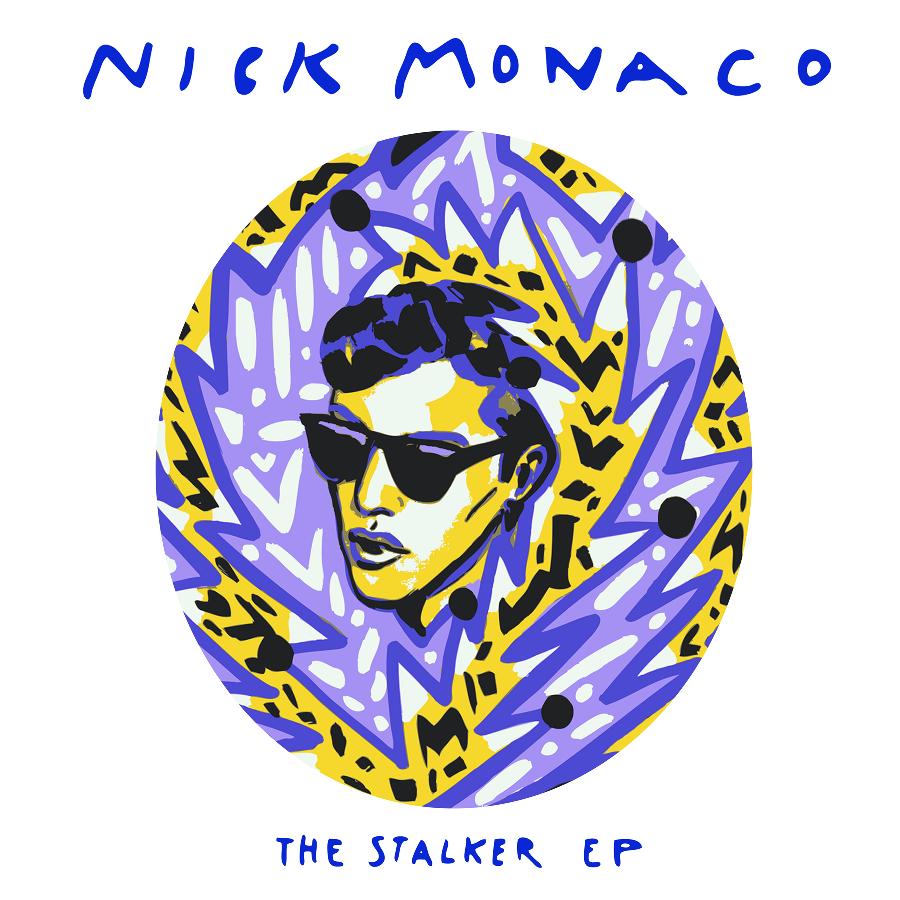 After nearly a year of touring, Soulclap's resident Nick Monaco delivers his second release with The Stalker EP. A 7 track body of work featuring three original tracks created in Monaco's San Rafael home studio featuring remixes from Tanner Ross, Wadz, Navid Izadi and Soul Clap themselves. Nick Monaco takes his vision of dance music and confidently introduces it to his inspiration from 90's pop and psychedelic rock resulting in a collection of classic sounding party jams with a modern twist.

The first track from the EP is the title track "The Stalker", establishing the 90's aesthetic right off the bat and introducing you to the super tight production that Nick Monaco has to offer. As we move further into the opening track we are gifted with slumping bass and a simple guitar line reminiscent of Foals which all adds to the laid back groove and makes it clear that this isn't  just another dance record. As the vocals come into play Monaco's 90's inspiration shines through once more delivering a performance laced with attitude that winks at Fun Loving Criminals.

Next, we delve deeper into the world of Nick Monaco with another 90's infused throwback in the form of "Boy Meets World" - a track that wouldn't be out of place on a Deee-Lite record. Monaco's beautifully placed vocal edits and rough vinyl scratches pull you in and out of a glorious chord progression whilst another tightly produced percussive section keeps the track rooted in a strut worthy groove.

It's here that the release starts to unfold with a seemingly out of place remix of "The Stalker" from Soul Clap. After experiencing the strong production efforts of Monaco this track feels like a bit of a let down and though it is an interesting take on the original, it does not seem to claim its place in the body of the work the way that the opening tracks did. Luckily Nick Monaco steps in with another original in "Night Shift", a perfect end to the three originals. An ever increasing melodic behemoth using thick Rhodes and a clever placement of live bass. Again, it is difficult not to mention how strong the production is on these originals, the kick and snare share the perfect balance of punch and warmth and really glue the track together.

The release ends with three remixes, the first is Tanner Ross' take on "The Stalker". Like the former remix, the strength of the original completely drowns out this track, which spreads out the stems so thinly that there really is nothing to grab hold of for the duration. A huge sub bass stands at the forefront of the track but it begs to be filled with Monaco's excellently produced instruments. Next up is the penultimate effort from Wadz and his interpretation of "Boy Meets World". Not much can be said about this track that hasn't already been said due to the extreme similarities to the original, a few extra redundant synth lines are thrown in but it almost sounds like an exact replica which defeats the point of reworking the track.

However, all is not lost yet as we still have Navid Izadi's final push with the rework of the title track "The Stalker". Clearly feeling comfortable with the pulled back rhythmic characteristics of the original and pushing it full force into the realms of 90's hip hop and R'n'B. A great take on the original that proves a clear thought process and understanding of the musical subtleties from Monaco.

Overall, the release seems to lack confidence, the three originals from Nick Monaco stand out in a way that begs the question of why they weren't presented as a single piece of work. The addition of the remixes really lets the record down and takes away what Monaco has put in place with his shimmering production of the 90's inspired anthems. From start to finish the record is tough to get through with only Monaco's tracks offering the listener some light over the clumsy remixes, but this should not deter listeners from praising the strong efforts from Nick Monaco.