7 years ago by Lauren Bender 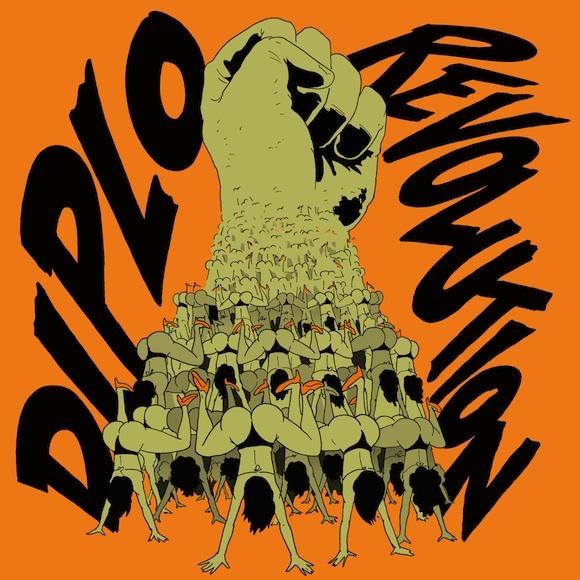 8.5
For someone who thought they "would never have any career" from making music, Diplo has exceed every expectation placed upon him and then some. Honored as one of Fast Company's "Most Creative People of 2013," the pioneer producer and founder of record label Mad Decent has done it all, from starring in Blackberry commercials to creating a book about his globetrotting adventures, all while viewing these accomplishments with a seemingly playful flippancy. Looking past these more mainstream accomplishments, Diplo's skill as a curator of music, taking a obscure music genre and styling it for the world to experience, is refreshing and innovative. Though there are of course the critics who look at his influence as exploitative or say his productions are rip-offs of real culture, Diplo has his eyes placed firmly on music of the future. In a recent Huffington Post article, he boldly stated that EDM won't be around much longer because "its the same shit every single time," something which may come as a shock given that he is often associated with that scene. Though some might write this statement off with a Diplo hater's most popular term "douchebaggery," there is no way to write off Diplo's new EP Revolution as anything other than a revelation of what dance music could be. Featuring New Orleans's hip hop culture influence and bounce music, Diplo has created 6 new raw-energy tracks. He has rather successfully integrated rap, trap, and bass with the spirit of the shake parties down south where anything goes.
Similar to a photo from one of his visual guidebooks, we can catch a glimpse of Diplo's interpretation of this no longer underground scene, especially within the first track "Biggie Bounce" featuring Indonesian producerAngger Dimas and Atlanta hip hop group Travis Porter. One minute it brings to mind Nick Cannon in Drumline and then without even realizing, it's inverted to twerking and booty popping against a wall.
[soundcloud url="http://api.soundcloud.com/tracks/114311163" params="" width=" 100%" height="166" iframe="true" /]
Diplo pulls us in deeper with the standout title track "Revolution" which has an energized beat from producers Faustix & Imanos intertwined with a beautiful anthem-like melody from singer Kai.
[soundcloud url="http://api.soundcloud.com/tracks/114311164" params="" width=" 100%" height="166" iframe="true" /]
Then comes the surprising collaboration with Mike Posner entitled "Crown". Posner's lofty vocals contrast wonderfully with Boaz van de Beatz' banging bass style and a nice little tidbit from rapper RiFF RAFF rounds it out nicely.
[soundcloud url="http://api.soundcloud.com/tracks/114311165" params="" width=" 100%" height="166" iframe="true" /]
RiFF RAFF reappears along side Action Bronson, Mr. MFN eXquire and Nicky Da B for the unexpectedly chill "Rock Steady" showing yet another colorful facet of this EP. The easy flow will definitely have you vibing while the highly entertaining lyrics will have you hitting replay over and over.
[soundcloud url="http://api.soundcloud.com/tracks/114311167" params="" width=" 100%" height="166" iframe="true" /]
Boaz van de Beatz also reappears providing a remix for "Revolution" that will have your pupils dilated and heart rate accelerated during this signature dance floor destroyer.
[soundcloud url="http://api.soundcloud.com/tracks/114311168" params="" width=" 100%" height="166" iframe="true" /]
And on the off chance that you weren't completely losing it during "Biggie Bounce", we've got a hypersexual remix from TWRK to ensure you're shaking every body part you've got.
[soundcloud url="http://api.soundcloud.com/tracks/114311169" params="" width=" 100%" height="166" iframe="true" /]
While it might have listeners quaking, the EP as a whole is solid and well-balanced. It shows not only a funky, authentic peep into a now unearthed sub-culture but it also shows an artist's maturity and insight into what the future holds. The ever incendiary Diplo is instinctively changing the course of music and we're ready to follow, waving our freak flags high.
Tags:
ACTION BRONSON · Angger Dimas · Boaz van de Beatz · Bounce · Diplo · EP · Faustix & Imanos · kai · mad decent · mike posner · mr. mfn eXquire · Nicky Da B · revolution · Riff Raff · travis porter · twerk · TWRK
Categories:
Dance · Electro Hop · Electronic · Trap