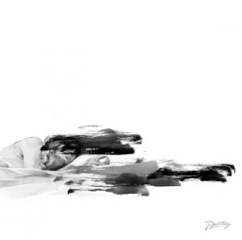 The best musical pieces of art, regardless of the genre, are ones that take the listener through a  journey. Whether that be a turntablist throwing in the crab scratch with the hardest hitting hip-hop tracks of the moment, or a techno artist going hard with his decks in some back alley rave, there is something truly beautiful about an artist who understands the complexity of music as an experience of the whole. It's decisively selfish and yet truly giving: the conductor controls the ways of the listener and is free to do what they like, yet the overall emotional highs and lows of the production give the listener an unique journey through the unknown, provided almost solely by the artist.

It's been difficult these days. According to every critic out there, something is wrong with dance music. "DJing is dead," "EDM killed dance music," "radio sucks," all valid points in a world where finding evidence is no longer difficult (turn to MSNBC or FOX for proof of that notion). Every single statement has been said by so many, and to an extent a lot of these can be considered valid points. There are producers out there who are no more qualified to be called DJs than my grandparents, and they make stacks on stacks of cash every week. The radio begrudgingly plays the same 20 songs all day long, and, well, EDM? Let's look to the long list of artists who detest that very acronym.

However, and this is just one small writer's opinion, the art of understanding how important the relationship between listener and producer is separates the good from the great, and this is what is beginning to slide away slowly. It's not that everything has gone bad, but that many have forgotten why dance music was so amazing to begin with. While this world has literally exploded in the number of producers coming out from every corner of the globe, the truly great artists of today understand that a LP, EP, mixtape, DJ set... whatever, really, is beautiful because they are bringing the audience an experience previously unfelt, and losing this insight means losing what it means to truly love music.

The young Daniel Avery thought about the journey the entire way through making his debut album, Drone Logic. And yes, this is what the press email said when it was sent over to me, but for anyone that listened to the album, it's obvious that this was one of the things that resonated with him throughout his experience in the studio.

Avery is a resident DJ of the esteemed Fabric in the U.K., which also hosts the FabricLive mix series that showcases the brilliant works of some of the most promising DJs. With that much background in the world of DJing, it's not a surprise that his album has come out with some of the smoothest flow between tracks that haven't been heard since god knows when. If his goal was to carry the same journey that his DJ set carries, then this album has hit a perfect 10.

He begins quietly with "Water Jump", hypnotically dragging people into the album with a woman's voice and slowly guiding us to the bass, which kicks off the action. Keeping his signature of barebones dance music, Avery then guides us through to "Free Floating" and into "Drone Logic", where things become majestic and grand. Then, he dives into the gritty club vibe with track four, "These Nights Never End". It feels very much like the Tron:Legacy nightclub scene at this moment.

The fifth track, "Naive Response", is the standout here. Played on his FabricLive mix a little while back, "Naive Reception" draws everyone in, again using minimal voices, adding nothing beyond what is necessary to the mix. It's important to note here  how dangerous it can be to have tracks maintain the same minimal quality; to keep everything bare bones could lead to repetition, but Avery skillfully manages to display an array of diversity while still keeping enough of the same qualities in each track to tie them together as an album.

"Platform Zero" mellows in its composition, but the album picks up again with track seven, "Need Electric", bringing energy and vibrancy. "Spring 27" feels very much like an interlude. No 4x4 bass at this moment, it's a melodic 1:41 seconds that slowly transitions us into the last three songs. These final songs sound and feel different from the rest of the album. There is an added quality akin to sunlight, the sounds are happier, and it feels like Avery is attempting to tie up loose ends. That's in no way a critique. Rather, he is wrapping it up, and beautifully so.

Overall, this album is as perfect for a late night drive as a warehouse party. Its flow is sheer perfection, and its minimalistic approach to dance music is brilliant. While one could make the argument that the tracks don't show enough range, the idea of the journey and his perfect ability to make us go through so many emotions while keeping the flow of the album intact displays his full control over his music. This debut album by the producer exhibits that while his name has been around for a while already, he's ready to take on the world beyond Fabric in the coming months.

One final thing to note is that observations on the individual tracks were quite scarce here, as I believe that Drone Logic works beautifully as an album rather than as a dissection of the individual pieces. Yes, each track is beautiful individually, but the true talent of Avery's work lies in the album. Beautifully produced, beautifully executed.