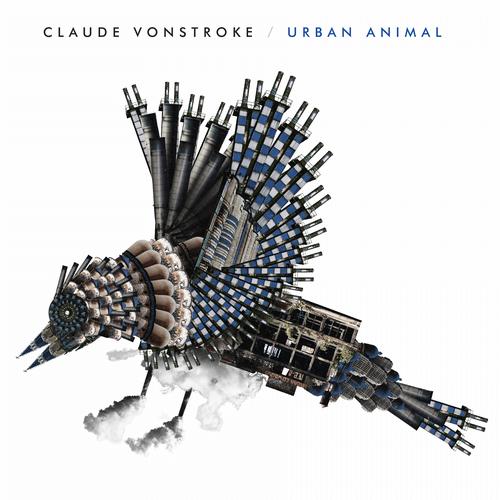 In today’s growing landscape of artists moving from towards DJ-producer-label head triple threats, it can be difficult to ensure strong output in all categories, especially given busy travel schedules. Those that can juggle all responsibilities are often times the most veteran, with years of experience to their name.

This may be why it’s no surprise that Claude Vonstroke is currently conquering all three. His Dirtybird family has soared to new heights in 2013, while his live shows still have the same flawless mixing we’ve seen for years. This combination has catapulted label nights from humble San Francisco beginnings to an Ibiza summer residency, where Claude gives the spotlight to growing talents like J.Phlip, Kill Frenzy and Justin Martin before manning the decks himself.

This week marks another milestone for Barclay with the release of his third studio album, Urban Animal. The 10-track offering is based around a concept of a city dweller that seeks refuge not in the serenity of the outdoors, but in dark and smoky warehouse dancefloors. Both the cover art and music reflect this vision, though fans expecting a medley of club-ready Dirtybird flavour might be thrown a curveball. This full-length allows VonStroke to explore melodies that vary from downtempo electronica to hip-hop interludes, not unlike experiments from Justin Martin’s Ghettos & Gardens EP. Still, the tracks carry a clear VonStroke signature, toying between sexy and gritty with a heavy dose of west coast bass.

The title track kicks off with a melody that could soundtrack a journey into space. A booming sub-bass kicks in and confirms the Dirtybird tone for the rest of the offering.

The next two tracks, “The Clapping Track” and “Dood”, were both launched as singles in advance of the full release. The former is an appropriately titled tech house starter, while the latter may be the most unexpected of the bunch, described by Claude himself as a “weird California stoner track in house music”. The track is irresistibly likeable, carrying the same off-the-wall charisma as his 2006 hit “Deep Throat”.

The balance of the album is where VonStroke toys with different sounds. The vocals on “Sugar & Cinnamon” build up effortlessly smooth vibes, then crashing synths give the track a warm, unexpected lift. “The Bridge” and “Plasma Jelly” are the album’s most experimental, both slowing the tempo but keeping a solid kick drum, while “Oakland Rope” pulls fuses breakbeat drum & bass influences with reggae dub vocals, both favourites of VonStroke’s past.

For those seeking out the trademark Dirtybird sound, look no further than “Lay It Down” and its corresponding VIP. It's an homage to Detroit booty bass with a sample from the 2003 DJ Nephets track of the same name. This time, VonStroke beefs up the bass and adds in a topline that skates playfully around the rest of the song's elements.

Finally, “Can’t Wait” describes the feeling most Dirtybird loyalists had for this album. Featuring a beautiful piano melody and a spoken word vocal, it's the track you might find humming to yourself days later.

If you're still unsure about the album, take a look at the video preview below. It's a peek into VonStroke's past, present, and future, all of which carry the same fun-loving attitude that has made him equally liked and respected across music scenes everywhere.