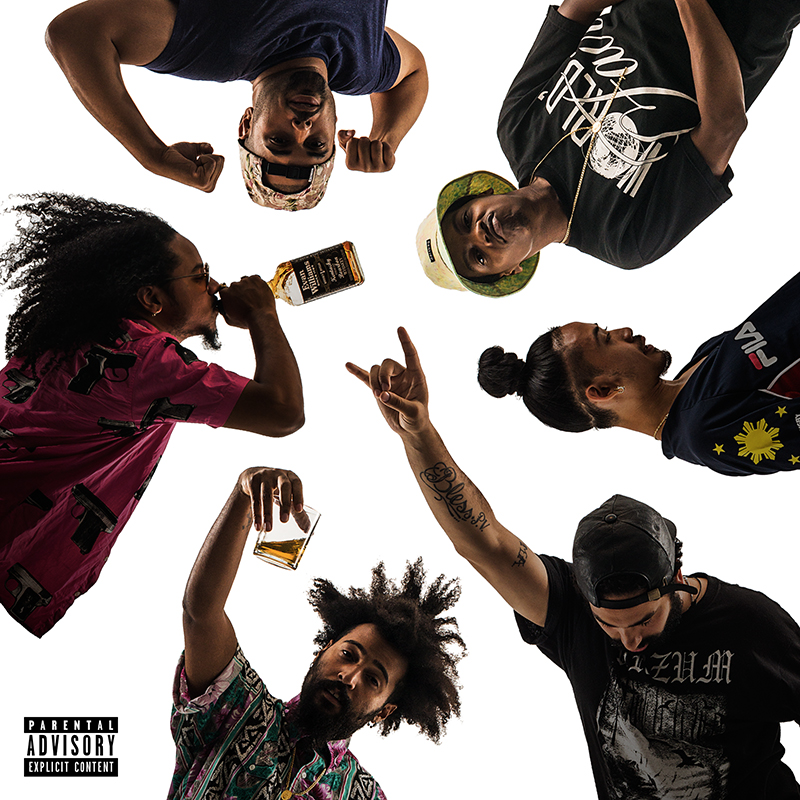 In 1964, right in the middle of the British Invasion, Flushing Meadows Corona Park, in the humble borough of Queens, New York, hosted the World’s Fair. It was the second time the park received this honor, welcoming hundreds of thousands of awe-inspired visitors. Right in the center of the fairground stood a twelve-story steel model of the planet, called the Unisphere, which served as the main attraction, and would later become an iconic Queens landmark. The giant sculpture became the physical manifestation of the fair’s motto: “Peace Through Understanding”.

Fast forward 59 years later, to today. Once again, the Unisphere has found itself being used as an image to represent a new movement and set of ideals. However, instead of promoting unity through love and knowledge, it symbolizes the phoenix-like quality of the hip-hop scene the borough possesses. Queens, home of Nas, Kool G Rap, A Tribe Called Quest, and countless others, has been uncomfortably quiet for the past couple of years. Up-and-coming collective World’s Fair, donning the Unisphere emblem, hopes to reinvigorate and revive one of the traditional hip-hop scenes and bring it to its former glory.

Right from the beginning of their debut album, Bastards of the Party, it becomes clear that kindness and civility are not their favorite tools in the shed. Instead, Remy Banks, Nasty Nigel, Lansky Jones, Jeff Donna, Prnce Samo, and Cody B. Ware choose to get drunk, get rowdy, and get enough people pissed until their presence is known.

World’s Fair have crafted an album that is as much of a toast to the present as it is a trip through hip-hop memory. This album sometime plays like a Gold Age record, filled with hilarious skits, traditional sample-heavy production, intricate lyricism, and references to rap or New York history. There are points where the emcees lose themselves in the moment, helping them create some memorable hype club tracks or braggadocio anthems. Their ability to mesh the old with the new and not sound too dated or the same as everyone else is praise-worthy.

“Pre-Game”, the opening track, begins with a phone call between Remy Banks and a female companion, discussing an ensuing get-together. She only invites Banks, due to his crew’s reputation as a bunch of miscreants, and states that he better not bring his boys. When he  hangs up to tell his friends that their Friday night plans have been finalized, he totally ignores her warning. Banks's all-for-one and not-giving-a-f**k attitude sets the pace and begins the ever-present story that holds the album together. It is a funny, short, and straight-to-the-point skit.

All six of the emcees are more than adept at rhyming. If you're coming into this project already convinced of who your favorite rapper of the bunch is, he  will deliver. Along the way, though, a bar, verse, or punchline from one of the other rappers may take you by surprise. Everyone shows up and shows out on this album. Picking a favorite verse off their posse cut “’96 Knicks” is comparable to finding one on “Protect Your Neck”—a really tough task.

What takes their lyricism to greater heights is how much their individual personalities shine through. By the time the record ends and the last skit plays, listeners come away with a clear sense of who each of the rappers are. Take, for instance, Prince Samo. While the entire collective get crazy, Samo comes across as the brashest and quick tempered member. On “Get Out” he rhymes, “Do ya’ll niggas bust your guns/ Nigga, you know who you fucking with/ I got a thang thang with an extra clip/ Run the same game/Got an extra bitch/let my chain hang/ Same Chain/Running trains on your main dame.” He raps with so much intensity in his voice that anger resonates throughout his verse. It makes it sound grimier, a sensation that isn't necessarily present in the other members rhymes.

Having six personalities all competing for the spotlight can sometimes clutter an album. However, the chemistry of the group allows them to easily mesh their styles and abilities. Instead of coming across as a competition, it feels like we are listening in on their activities for one night. Everyone has a role to play, and we get to witness their nightly life.

This dynamic is probably best exemplified by their banger of a title track, “B.O.T.P.” Nasty Nigel, who was almost certainly voted most likely not give a damn, starts the track off rapping about how much he was drinking and not caring about his reputation. Prince Samo comes on next, threatening to smack your father, sleep with your chick, and how he is a badass. While Cody B. Ware, the lovable oddball metalhead, is in the back doing drugs, getting wild, Jeff Donna, the smooth lady killer that’s dressed better than your girl, is in the process of stealing someone’s girl. Pure debauchery, you really don’t want to invite these dudes to your party--especially after hearing the skit that follows, where Remy actually picks up another man’s girlfriend.

The wild aspect of their music is really well executed. After hearing about a lot of rappers' insecurities or drug-related chronicles, an album like this is a welcomed escape. Lighthearted humor and braggadocio can get old fast, but when they're mixed with lyrical rapping, it’s almost impossible to pass up. “I’ll take your bitch and make Yoko Ono/Rocking a kimono/Worshipping my photo/Told me she be loving prophet” raps Cody B. Ware on “Your Girl’s Here Pt. 2”. His flow just keeps your head bopping, dreaming of one day being able to rhyme these lines with as much confidence as he does.

Towards the end of the album, the boasting and carelessness gets pushed aside for some real sentimentality. On “Rear View”, Remy, Lansky, and Cody outline the huge strides that they have taken to be in their present positions. It is, without question, my favorite song on the whole project because of how appreciative, but still hungry, they sound. “Second guessing every move I make/Everything I buy/Will these people love my music/If not I might as well die/I do this shit to help them through whatever they going through”, Remy Banks comes off as vulnerable but determined to be heard. This track helps them come off as real life humans who have feelings and dreams.

“Blacklisted”, the nine-minute long final song, continues to tell their story and their mission: “Positively out for the pages of the history/I brought me and my brothers with me.” It is an anthem that everyone trying to achieve a goal that might not be easily attainable can stand behind.  I learned a lot about how much these six emcees have been through and what else they plan to gain before all is said and done.

Black Noi$e and SPVCE deserve a lot of credit for the success of this album. These two beatsmiths handled the majority of the production on this impressively cohesive project. The entire album, even at its most energetic, maintains a sample-heavy, jazzy vibe. Not falling victim to the trap ideologies of their peers, both choose to experiment with different sounds. SPVCE's work on the second half of “Blacklisted” is noteworthy. Instead of using traditional percussion, he employs various applause sounds. Initially, it feels odd, but after a few listens, it began to grow on me. No matter what, one cannot deny that it is very ambitious.

World’s Fair has taken a major step in bringing Queens back into relevancy with this album. It isn’t perfect, but neither is the rusted old Unisphere. There were times where I wish one emcee would take the reigns as the leader, like RZA in Wu Tang. However, that is a minor issue and it didn't detract from my enjoyment. For the most part, Bastards of the Party was an excellent debut. If you don’t know anything about World’s Fair, one listen will tell you everything you need to know.