7 years ago by Jahn Parker 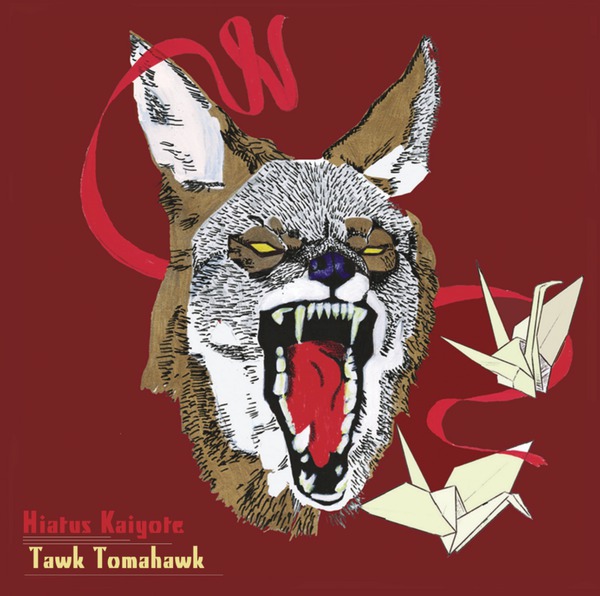 In case you missed it...which you probably didn't, but just in case you did - Australian outfit Hiatus Kaiyote recently dropped a physical re-release of 2011's bandcamp breakout, Tawk Tomahawk recently, and honestly, I have no fucking clue what else I can say about it. You know? Something to  genuinely add to the conversation. Remember Dave  Chappelles' Player Haters Ball, when Silky Johnson grilled Buc Nasty and said  "Buc Nasty, what can I say about that suit that hasn't already been said about Afghanistan? It looks bombed out and depleted." Yeah - it's kinda like that. This isn't to lambaste the album, but speaking candidly in regard to the manner, that's the first thing that comes to mind as I write this review. As Silky Johnson could not find genuinely original words to describe Buc Nasty's busted suit, I can not find genuinely original words to describe the beauty of Tawk Tomahawk. With the success that has been garnered from the album alone, it pretty much speaks for itself  after all; signing with Flying Buddah, a U.S. tour, lauded by neo-soul staples like ?uestlove and Erykah Badu.  In fact, the band recently opened for the experimental songstress after she invited them to perform at the Summer Spirit Festival in Columbia, Maryland. It was there I caught up with them to chat for a while and lead vocalist, Nai Palm, described the band's sound as "multi-dimensional poly-rhythmic gangsta shit", or "galactic love attack" as guitarist Paul Bender puts it, or better yet, "wonder-core", a description keyboardist Simon Marvin seemed fond of. All of which hold no official title, and yet all sound one hell of a lot better than "future-soul", a concocted identifier conceived in the belly of a marketing machine that's about as generic and un-creative as "chillwave" , but - I digress.

I mean really, what more can I say? By now, you know about the moving, percussive, almost tribal "The World it Softly Lulls". The lush, cascading melodies that haunt "Malika". The extra-terrestrial march of "Ocelot". And, I won't even begin to try and interpret the million directions that Nai's lyrics could take us because you'd be reading all day; the woman literally has a writing style that's unique all her own.  So, what's so different about this physical release than the digital release that dropped last year? Aside from a remix of their single "Nakamarra" that includes a dope verse from the abstract himself, Q-tip - nothing.

But, as always, there are many perks to having the physical copy. Liner notes and lyrics, for example, are there for your studious pleasure. Going on a road  trip, but unfortunately lack the resources like an auxiliary cord or Bluetooth to use your iPod or iPhone? Look no further. If you live in a major city, where the traffic is so thick that taking a glance to scour your library for music while driving could potentially lead to death - worries be gone. Ok - in all seriousness, the internet landscape, in terms of music, is vast, so vast that it's overwhelming. This physical release represents a chance for those that did miss the boat to connect. For those of us in the know, it brings anticipation for what's to come. The possibilities are endless. If you haven't blessed your ears with this beautiful noise, do them a favor.