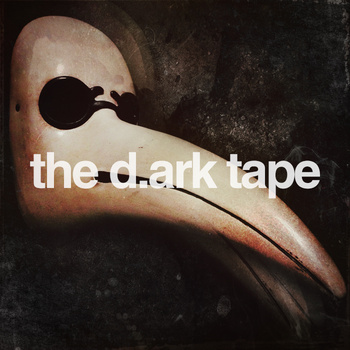 Choosing the right music in the car is essential, especially in dealing with hip-hop. The moment that bad bitch at the crosswalk -- you know the one -- hears the rattling bass, follows it to your whip, recognizes the open window and sees your ugly ass, she’s judging. You’re in the hot seat. Chief Keef will make you sound juvenile, Drake a pussy, The Weeknd same thing but not as bad, Action Bronson a weirdo, Kanye West an asshole, and D-Sisive, well, D-Sisive’s another story. If you hail from T-dot, The Megacity, Hogtown, Rob Ford’s stable, or just plain old Toronto, then you’re apt to take pride in bumping Derek Christoff’s music in your whip. Fuck what the bad bitch thinks. This is real hip-hop!

Ironically the message of Christoff’s post-retirement project, an under-the-radar collaboration with Toronto producer The Arkeologists -- that I received on my Twitter DM Monday -- is not to dream. In other words, assuming that bad bitch on the corner can actually make out lyrics through your ratchet speakers, she probably hates rap anyway, and the fact you’ve curated your sounds makes no difference to her, as she crosses the road on her way home to a rich hubby and pet dog. You’ve ‘wasted’ 20 seconds of thought on her like a fool, when maybe you should have paid attention to the sound of your grinding gears drowned out by the stereo. “Daydreamers waiting for their one day, one day imma make it up the ski life, but we all know you will never be shit,” eulogizes Christoff on “One And Only,” a swan song for your soon-to-be shattered dreams.

Recognized in Canada with multiple Juno nominations and Polaris Prize distinctions, Christoff does exactly what Jay-Z should have done when he reached a certain plateau -- return to the basics. For Hov, a complete album produced by one underground producer, say Ski Beatz, would have been ideal. Christoff, he’s already underground, so for The D.Ark Tape he opts to downgrade his equipment to a $200 8-track, “super raw,” cut out all ad-libs and simply focus on the writing. That’s what he’s best at anyway, telling engaging stories about regular dudes from Southern Ontario. It’s just now he does it on equipment everyman can afford. Also, few rappers move units these days. It would be silly to choose an aesthetic polished enough to grace the showroom floor. The D.Ark Tape is Christoff asserting his reign in a community where everyone struggles, and finding solace in a kingdom without riches, without the means to build its own pyramids.

On “The Reunion Tour” Christoff writes from the perspective of an aging rockstar, “a legend to your mom, a god to your father,” whose music played over the stereo during your conception, in that old blue Impala.

“Mr. Knoblich” sees Christoff take a more direct approach at braggadocio, rapping that the ostrich (which graced the cover of Let the Children Die) is back, clean-shaven, “with a brand new portrait that [he] poured his heart in.” He also takes the opportunity to rip on Marianas Trench, “that trash bag stench,” a Canadian faux-rock band that’s been glorified by Canadian mainstream media as ‘good music.’ More like safe music.

“The Water” is probably the most intriguing number here, an ode to water but also a figurative exercise. Christoff begins, “He skipped a stone on the water, barefoot both feet cold in the water, he felt safe all alone with the water, he took a breath and then spoke to the water.” Water could be a stand-in for rhyme and the hip-hop game, but the beauty of this lyrical exercise is that it could mean anything to anyone. A man enters into the water thinking its something, finds out its something else, experiences a crisis, resigns himself to the reality of the water and then dies in the water.

“The Old Me,” is another personal favourite. Over a whining sample, Christoff cleverly presents two montages, one which portrays a man all alone in his basement, the other a child dreaming. Both verses end the same, with a shattered dream and the hook, “I’m sick of being lonely, I wanna be a new man but can’t leave the old me.”

With production and mixing that recalls the indie rap scene of the early 2000s, The D.Ark Tape is one of, if not the best Canadian project this year, and that’s not just in rap. There’s few other artists who can represent the Canadian condition like Christoff, who likes to remind us that the American Dream exists in America, not in Toronto. If you’re at a stoplight blasting D-Sisive and a cute girl approaches the crosswalk, give her a wave and keep moving. Sure, Torontonians are doomed. There’s too many diverse communities for there to be a unifying identify. Therefore, everyone tries a little too hard to cultivate their own image. The D.Ark Tape is Christoff trying not to try. He reduces image to functionality -- what to record with -- and because of it his true voice cuts through like a dagger. The D.Ark Tape marks a new chapter in D-Sisive’s ever-expanding book of magic.