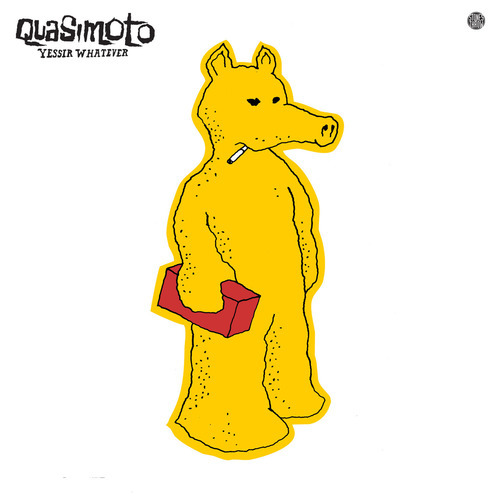 This is what hip-hop should sound like. It doesn’t matter if you’re chilling at the tennis courts, killing time on the job or toking in your girl’s dorm room, Madlib’s latest collection of Quasimoto rarities will get your head nodding.

Not only did Madlib have hip-hop running through his own veins, but he knew the game well enough to model his own Frankenstein monster, trading the bong for a helium balloon; Lord Quas’s distinctive feature is his high-pitched delivery.

The mischievous little bugger showed up on “Madlib’s personal beat tapes ... private music, not meant for release, made for himself and a small circle of local smokers and their car stereos,” then on The Unseen in 2000. The Unseen was met with near universal acclaim, and spawned a follow-up in 2005, The Further Adventures of Lord Quas.

I’ve yet to listen to The Further Adventures, but my main complaint with The Unseen is Quasimoto’s artificiality, the fact he’s not real but made up. It detracts from the album’s relateability. That’s why Yessir, Whatever is so perfect. Madlib shares the mic with Quas, trading bars for a taut 30 minutes DJ/emcee set, half the length of The Unseen. For half a dozen songs, Quas acts as overzealous hype man for Madlib, who reveals himself as the dude pulling the strings.

Yessir, Whatever is marketed as a collection of unreleased tracks, but that’s selling it short. The two previous Quas albums were mixed seamlessly to play like a soundtrack, but that doesn’t make them ‘better,’ per se, just different. The twelve tracks on Yessir, Whatever were recorded over the course of a decade and come together like a peanut butter banana sandwich.

On “Astronaut,” Quas boasts about ‘floating out of orbit,’ before Madlib scratches and cuts the beat -- only to return on the boards with a harder sound. Quas explains, “ain’t no astronaut but we been out there in orbit, and walked further than the moon, ain’t we? Who wants to be full of regrets when old father time caps?” It’s an abstract way to account for his drug use; a pothead’s life work is accounting for his habit.

“Sparkdala,” is another stoner joint, an ideal record for rolling along Ocean Boulevard afternoons.  There’s door-rattling bass, trippy keys and Madlib’s chill delivery. Quas sits back while Madlib praises the buddha, “Ayo, I sparkdala, you sparkdala, everyday anyway yo, I sparkdala.”

Yessir, Whatever closes with “LAX to JFK,” a jazzy number that evolves from space shooter effects to pounding drums to assorted sound bites, such as a Lauryn Hill “Doo Wop (That Thing)” sample. Madlib talks shit about being above his competition.

Alternating between the two-step and the Dance of the Seven Veils, Madlib splits his personality in two, into the superficial shit-talker Lord Quas and Madlib the super-aware Beat Konducta. For the first time on Yessir, Whatever we get to experience their virtues equally.