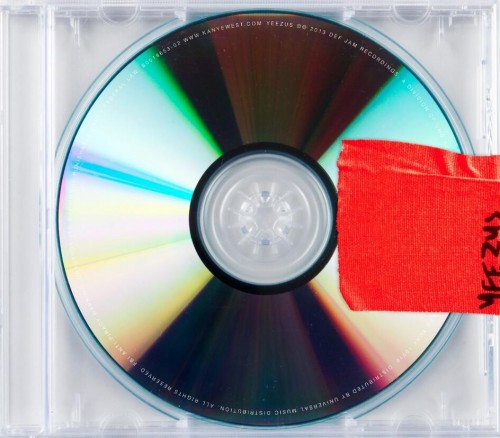 When it comes to those of us that critique music, there is a tendency to overanalyze. This is the case with no artist more than Kanye West, whose content and character have been dissected so finely by think pieces that it’s a mystery how he can still surprise us.

Yeezus, Kanye’s sixth solo release on Roc-A-Fella/Def Jam, is the antithesis of his previous effort and magnum opus, My Beautiful Dark Twisted Fantasy. It is equally dark, but extremely minimalist and hyper-racial in spurts. It also may be his most misogynistic work to date. It has been heavily discussed over the past several weeks, and has grown into a something of a divisive agent among hip-hop stalwarts and neophytes alike.

Each track is unique, so given that there are only 10 total, it’s only fitting I do exactly what I just chastised moments ago: overanalyze with a track-by-track review. Because what are journalists if not hypocrites?

When “On Sight” first begins to play, it feels a lot like being Rickroll’d. Those who downloaded the leak probably thought they stumbled onto a bad link. The synth arrangement seems like something that would score a club scene in a movie like Blade Runner; it is shrill and ear-piercing, but most importantly it is attention grabbing—whether that’s for the right reasons is debatable. It should be noted that interpolating “He’ll Give Us What We Really Need” by the Holy Name of Mary Choral Family in between uttering the phrases “How much do I not give a fuck?” and “Baby girl tryna get a nut” might be sacrilegious, but I’m not much of a Sunday service type of guy, so I’ll leave that to the experts.

“Black Skinhead”, which features a rather prominent sample of Marilyn Manson’s “Beautiful People”, isn’t nearly as provocative as the title suggests. Looking at the credits, it’s hard to believe the legendary Daft Punk produced this. Kanye mentions a lot of black things on this record, but really only makes a handful of meaningful critiques on America’s racial dynamic. There’s an incorrect historical reference that labels the 300 soldiers that challenged Xerxes’ Persian empire as Romans instead of Spartans, but it gets the point across (clearly he didn’t see the movie, but whatever). Lupe Fiasco has a writing credit here, which isn’t ridiculously surprising. “Black Skinhead” sets the tone for the rest of the album.

I’d be lying if I said I didn’t initially hope this song was going to be Clams Casino-produced with a Based God feature. Alas, that is not the case. “I Am A God” is sparse and barren, and sounds kind of like something a cult might make a human sacrifice to. That’s not necessarily a bad thing, but it’s not necessarily a good thing either. Kanye claims to be “the only rapper compared to Michael,” but, in truth, the only person I’ve heard compare Kanye to Michael is Kanye. Even so, the comparison probably holds some merit. The hysterical screaming—and the panting that follows—is somewhat disturbing. That being said, “I Am A God” wins because it namedrops Virgil Abloh, Don C, and Ibn Jasper in quick succession following a Rat Pack reference. Kudos.

The album’s “lead single,” “New Slaves”, reigns supreme despite feeling stripped down to the bare bones. The record presents the best social commentary provided by the entire album. The refrain, “You see, there’s leaders and there’s followers / But, I’d rather be a dick than a swallower,” has become the most quotable phrase in my life right now, so, take that into consideration. The entire second verse sounds like the ramblings of a mad man, but in a humorous way, not in a way that might provide cause for concern. There is an incredibly soulful breakdown that follows what sounds like a noise that might accompany an animatronic creature (I’m reaching here), and it is the first thing on the album that feels like it doesn’t belong. Maybe it’s just its placement. In any case, the song is a smash.

Justin Vernon and Chief Keef will probably never collaborate again, and that’s a shame, seeing as their sounds complement each other so well. They’re basically the new Hall & Oates. In fact, put my name on any petition seeking to create a Justin Vernon/Chief Keef super group. It’s nice to see Chief Keef won't let a little thing like not being able to sing keep him down. Okay, enough jokes. I actually don’t have a problem with this song (“Hold My Liquor”), especially since it breaks down like the cut scene from a Star Fox video game. There are some absolutely hilarious lines rapped here (“Pussy had floatin’, feel like Deepak Chopra”), but there’s only one verse. This is arguably the most misogynistic Kanye gets on the album (“One more fuck and I can own ya”), but his honesty feels refreshing despite that.

“I’m In It” is only the second song on the album Rhymefest doesn’t get a writer’s credit for to this point (“Black Skinhead” was the first). Just thought you should know that. Kanye has spit many noteworthy bars so far, but none can top, “eating Asian pussy, all I need was sweet and sour sauce.” After a brief pause, the song becomes something completely different. As it continues, it just keeps getting better all the way up to the point where Kanye is speaking Swaghili (a dialect presumably only spoken in the deepest, darkest recesses of Givenchy retailers).

Whoa. “Blood On The Leaves” is without question a homerun. Auto-tune continues to surface despite Jay-Z’s best efforts, and from Kanye no less. The vocals are 808s & Heartbreaks-esque. You can do no wrong with a Nina Simone “Strange Fruit” sample expertly diced over TNGHT’s (Hudson Mohawke x Lunice) “R U Ready”, though. Thus, the song succeeds despite a return trip from our pitch-shifting friend. There’s an interpolation of C-Murder’s “Down 4 My Niggas” over a chop of “R U Ready” that sounds like the original instrumental. I didn’t realize how much I needed that until just now. There’s a good chance that is one of the highlights of my life so far. The last verse reads a bit like “Golddigger Pt. 2”, but it is no less true or relevant for it.

No matter where I go, I can’t seem to escape “Blocka”. It’s everywhere (Pusha’s version was released first and is by far the best. This song samples that version). “Guilt Trip” feels like a tropical vacation in an 8-bit video game; like a screwed Sonic the Hedgehog bonus level (two video game references in one review? Let me chill). It wouldn’t be a Kanye West album without an orchestral arrangement somewhere, and we finally get one. It also wouldn’t be a Kanye West album without a crooning Kid Cudi, and we get that shortly hereafter. This is the second song with only one verse. Minimalism at its finest.

Seeing King L’s (formerly King Louie) name on a Kanye tracklist is super refreshing, even though it appears the latter has taken the former’s role in the Chicago drill scene a little too literally—the production feels like a series of fire alarms being set off in quick succession. It isn’t terrible, though. In fact, it’s actually great upon a third or fourth listen. In “Send It Up”, Kanye says that this is the greatest shit in the club since “In Da Club”, but that’s a lie because a.) “In Da Club” is one of the greatest commercial/club records ever, and b.) this song is almost impossible to dance to.

Others will call “Bound 2” “vintage Kanye,” but I don’t know what that means. Having a 70s vocal sample doesn’t make it vintage Kanye. Vintage Kanye, to me, is “Jesus Walks”, “All Falls Down”, Diamonds From Sierra Leone”, etc. none of which sound like “Bound 2”. Perhaps when juxtaposed with the other songs on the album, this is the song that sounds closest to songs Kanye has recorded in the past, so it gets a “vintage Kanye” tag for returning listeners to their comfort zone. As far as I’m concerned, though, this is the least interesting song on the entire album. Not the worst, just the least interesting. Plus, he rhymes reputation with reputation for four consecutive bars.

The album as a whole is rather brilliant, and there aren’t many missteps. Every time Kanye does something it’s immediately tagged über avant-garde and forward-thinking, and while I don’t know if that’s the case here, it certainly feels that way. In the end, though, regardless of how the album is received, it will undoubtedly stand the test of time as an important part of the hip-hop time time capsule.