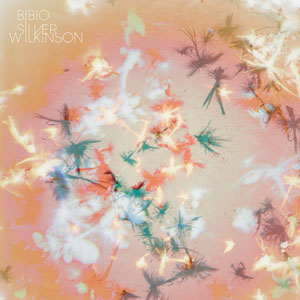 If you've been listening to British producer Bibio (aka Stephen Wilkinson) long enough, by now you might really feel as though you know the guy--or know his music well enough to ask some pretty pointed questions. Silver Wilkinson marks his seventh LP and seems to be a significant deviation from the tenaciously funky dance vibes that radiated from Mind Bokeh. What does that mean? Why the change? Was this intentional? Traversing through the gentle murky waters of Silver, there is distinct tension. It parlays between the sweet and chimerical guitar plucks heard on "Raincoat" to the dimly tempered, contemplative strokes that color "Mirroring All". It causes one such fan to wonder what caused that tension? Did you have a breakup, Bibio?

But it's not worth worrying about. Bibio is just being Bibio and Silver Wilkinson is still enjoyable, highly listenable and wholly unclassifiable. Despite the tension that quietly gnaws at the heels of each track, upbeat as they might be (see "You", which harkens back to the groove-filled days of Ambivalence Avenue), we know these disconnected aural yarns might have a meaning only the man who created them will ever know about.

And that's fine. Aside from the tension, Silver Wilkinson is also the sound of progression. Six LPs in and we'd found a hearth in the soft, bulbous tinkerings of Bibio's analog style electronica. With Silver, we just wanted to know what we would get next and now we find we'll get all of that and a little more more--there are shape-shifting splices on "Look at Orion!", meandering pastoral riffs on "The First Daffodils" and coursing psych-folk on "A Tout a L'Heure", which in particular, conjures images of endless, grass-filled spaces where time is consumed by nothing but "[skipping] a stone" and "treating others so kindly."

Bibio's ability to make music without an agenda is worth noting. The fact that he remains so contentedly ambivalent to never sticking within one particular musical genre is something we feel we know about him and his music, until we're completely taken by surprise as one track transitions to another. Silver Wilkinson is different and its difference does evoke speculation but more importantly, it reminds us of the fact that Bibio's music has a permanence that we just can't shake off.