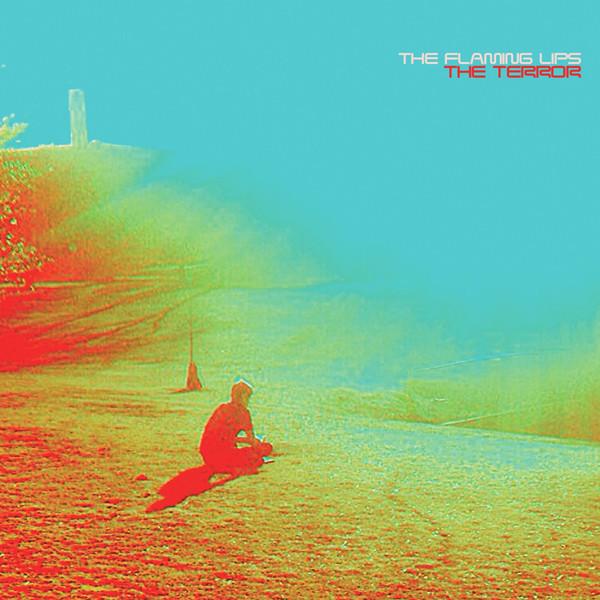 It's been almost 30 years since The Flaming Lips broke onto the music scene, and we can surely all remember the '90s smash hit "She Don't Use Jelly" (marking their record deal with Warners Brothers) along with their coined classics The Soft Bulletin and Yoshimi Battles the Pink Robots. Their career has brought them to a point in time where Wayne Coyne and company have turned 360 degrees and arrived at The Terror: an album Coyne himself describes as "disturbing". The album is aggressive, bleak and ominous, channeling "industrial ugliness" to a whole new level.

Released April 16 on Warner Brothers, the Oklahoma-based band's 13th album remains unpredictable and boundary-breaking, stretching the parameters of alternative, psychedelic, and experimental rock. It's the blatant tonal imperfection that precedes the album's focal point, which seeps in and out of all nine tracks. Creating what appears to sound like a cry for help or an eerie distress-ridden exploration, The Flaming Lips prioritize the use of feedback and distortion to accumulate thematic substance.

We are welcomed with "Look... The Sun Is Rising", which hits the ground running by taking a traditional "wall of sound" approach, one that we so rarely hear in a synthetically-focused and drop-oriented music scene. Aiming to make Phil Spector proud, The Lips feature humming vocals, droned out, whiney guitar and heavy use of distorted, blaring bass throughout the entire song. Setting the tone for what's to come, the captured sonic world is spacious and multi-faceted, though nonetheless in distress.

Releasing tension, "Be Free, A Way" delivers a sense of flawed beauty, immersing our ears in moments of structure, emotion and mellowed out contrast. The percussive, fluttering backdrop reeks of textural depth, while the melismatic vocals open up the entity to see the light of day.  Think of it as a breath of fresh air, but also time to take your last few deep inhales before the darkness encroaches once again.

The tracks to follow resort back to the original intensity of the opening track, as "Try To Explain" and "You Lust" channel euphoric vocals over a haunting industrial backdrop. Covering an impressive amount of sonic ground, the two tracks aren't shy to the idea of deep distortion and feedback, or to the idea of minimal juxtaposition between melismatic yet meandering diction and repetitive Frank Zappa-esque guitar riffs.

"The Terror" proves to envelope us further into a world where darkness and fear is of the norm. The title track is minutes of spacious, ominous appeal with a pulsing, psychedelic edge. The distortion-based emphasis that laces all nine tracks of The Terror is staggeringly exaggerated, while we listeners find ourselves constantly adjusting to the ups and downs.

To typify "Butterfly, How Long It Takes To Die" is a job in itself, but the use of tribal drumming, aggressive riffs and space rock nods leads us to believe that The Flaming Lips remain as experimental as ever."Turning Violent" stays true to its name, as it extends to a whole new level of climactic substance. We experience blasts of distortion and rigor amid minimal musique concrete samples throughout the track. The pureness of the tapping piano in "Butterfly, How Long It Takes To Die" contrasts harshly with the feedback-oriented acoustics in "Turning Violent," creating a sound that has the potential to resonate beautifully or unpleasantly with a listener.

We are left with the remaining track titled "Always There... In Our Hearts", which imperfectly detangles and incorporates all of the sonic vines that exist within The Terror. Its ominous and growling qualities channel the importance of repetition and sampling, showing musical and artistic depth. Concluding the album with tenacity and caution, The Flaming Lips offer 55 minutes of ambiguous sound that the listener can either grow to love unconditionally — or enigmatically loathe.