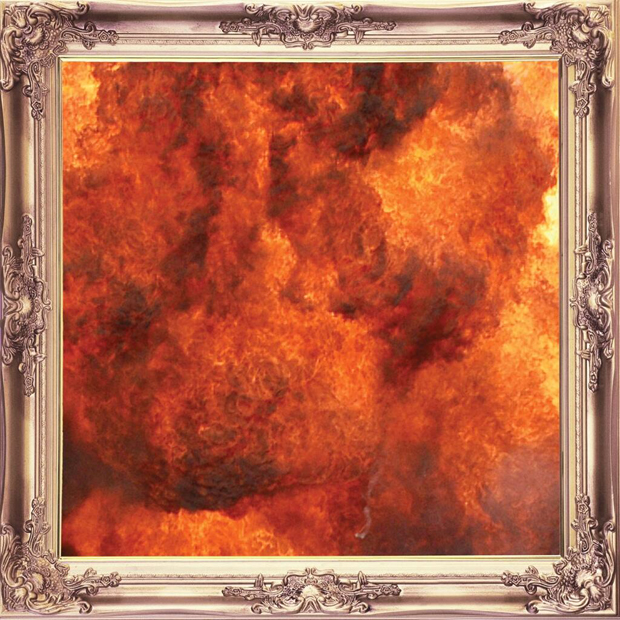 “I don’t need, I don’t need nobody,” sings Kid Cudi at the beginning of "Solo Dolo Pt. II," which appears to be the mantra ... for his new album?

Since the release of his sophomore Man on the Moon II: The Legend of Mr. Rager, Cudi has almost systematically pared down the number of people (distractions?) in his life, from former management and collaborators to girlfriends and extended fam. It’s been like a revolving door, muses coming and going, with just King Chip ... where’s Dot da Genius these days? I hope to see him on the liner notes.

Indicud, Cudi’s fourth studio album, is nothing but a manifestation of this desire to do everything himself, an accumulation of everything from the intergalactic space sounds of his demo to the not-quite-minimalist guitar chords of WZRD. Cudi takes the reigns on the production here, blending up his hip-hop, pop rock and cinematic sensibilities and pouring out an art piece devoid of reference points, that drops technicolour plasma from its craft as it hovers over Los Angeles.

“Just What I Am” serves as the closest replica of anything on the Man on the Moon albums and has Cudi in vintage loner form, wailing and twisting baritone cries of hopelessness, defiance and ultimately, victory. The beat is bouncy and upbeat, recalling the dance instincts of “Day N Night.” It’s also the most intimate moment on the record, which is a bit disappointing.

Not that Indicud comes across as impersonal, but the rest of the numbers portray a mood rather than a verbal connection. “The Resurrection of Scott Mescudi” and “The Flight of the Moon Man” sound like the soundtrack to an apocalyptic, sci-fi epic, “Afterwards (Bring Yo Friends)” and “New York City Rage Fest” are near-instrumental dance tracks and “Red Eye” and “Beez” have Cudi earning his production credits to the contributions of Haim and RZA.

Guest features, despite rumours circulating Twitter, do not include 50 Cent and are sprinkled tastefully amongst production that traverses several dimensions; sometimes Cudi does sound like the ghost in the machine, insomuch as there’s not much lyrical proof of his living outside a creative bubble.

Cudi returns to spitting on the last couple of tracks, the results varied. He can’t seem to keep up with the fiery energy of the beats, which I guess are the whole point of the project. Cudi wanted to make his version of Dr. Dre’s 2001, playing curator, and what he delivers is close. It’s just on acid.

Having shed his corporeal skin as 21st century rapper, along with many of his old friends (who can only be these “haters” he so frequently references), what we hear on Indicud is Cudi’s soul. And depending whether you consider consider him a creative genius or arrogant prick, you’ll either orgasm in (not on!) ecstasy or convulse — waterfalls of technicolour puke pouring through the windowpane.