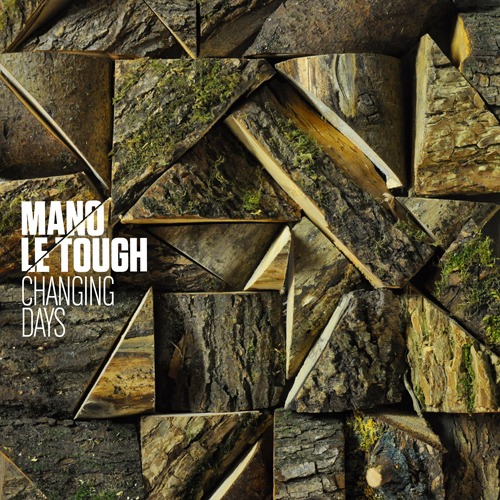 I'm still reeling a bit from compiling and consuming last year's "best of" lists, and one realization that always strikes during this process is that you've accidentally ignored everything that came out before October. Let this be the moment that I solemnly swear that Mano Le Tough will be on my best of list for 2013, even if I received this album back in December.

Mano Le Tough's debut LP Changing Days releases on February 22 via Permanent Vacation, who in the past have released records from John Talabot, Tensnake, and Azari & III, so we know to expect only the most intimate house music from them. Government name Niall Mannion, Mano Le Tough is based in Berlin via Greystones, a seaside village near Dublin, with past releases on Internasjonal, Buzzin' Fly, Mirau and Dirt Crew.

John Talabot's fin was a main contendor for my favorite album of 2012, and while this album isn't more of the same, it's appealing for a lot of the same reasons. Contemplative, eerie vocals (from Mannion himself) are a perfect complement to the dance-on-acid intrumentals of the album, a technoshamanic exorcism which feels modern but all the while mystical.

Opener "Cannibalize" (the track that has stuck with me the most over more than a few listens, but I do have a soft spot for introductions) offers a perfect entry point into the world of Changing Days, tensely building with voice-as-tribal-instrument for about a minute and a half until the tension is broken by vocals delivered almost too calmly for their implications -- but maybe we're just that complacent. Rich, cinematic strings round out the composition as the track closes.

"Everything You've Done Before" picks up the pace with a more repetitive, urgent vibe, then title track "Changing Days" swoops in as an uplifting instrumental interlude of sorts. "Dreaming Youth"'s exotic synths evoke images of snake charmers and questionable elixirs and "A Thing From Above" carries along with that sensibility, again using the vocal more as an instrument than as a medium for a particular verbal message. "Primative People" returns to a more conventional vocal and snappy, more dance-oriented percussion.

"Nothing Good Gets Away" is both ambient and futuristic, with laser-gun synths again bringing us to ask whether this is past or future, and "Please" offers refreshingly simple emotional sincerity. "Moment of Truth" brings us spacey echoes, and the closing track, "The Sea Inside" strums away into tropical bliss, allowing us to exit this world on a peaceful note after what may have been a taxing journey.

Not taxing in the sense that it was unpleasant to take in, mind you, but taxing in the way that an acid trip is if you don't let go of yourself. Earlier, I mentioned entering the world of Changing Days, and it is indeed a world -- Changing Days feels a bit like a concept album, with its atmospheric, cinematic tones building an aural scenery, but it doesn't suffer from the single-layeredness that often comes with trying to encapsulate a concept.