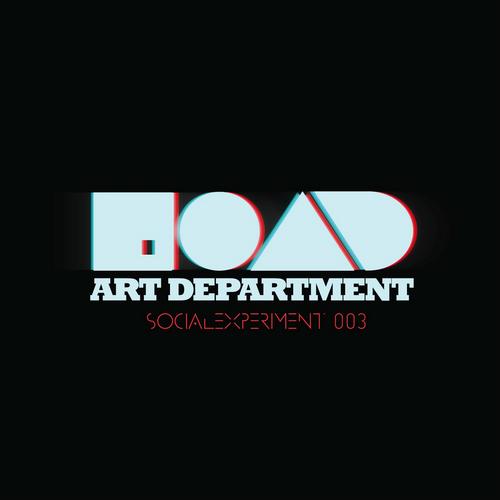 In just a few years, Canadian producers Johnny White and Kenny Glasgow have garnered a following that many hope to achieve in a lifetime of producing. Under their musical moniker Art Department, they’ve produced a resume full of music that has received the highest critical acclaim from respected institutions like Mixmag and Resident Advisor. And that doesn’t even include their individual accomplishments – Glasgow as a legendary techno DJ, and White as the head of the No. 19 record label. Put those two together and you’re left with one of the most avant garde acts in the world of underground dance music.

Today, Art Department releases the next chapter in their musical exploration, Social Experiment 003. Compiling 72 minutes of music into one release, the album attempts to capture the duo’s unique style in one place.

Social Experiment 003 is the duo’s first compilation, and really accomplishes the goals that most have in mind when putting together an album like this. It caters to the devoted fan by giving the listener multiple exclusive releases courtesy of everyone from My Favorite Robot to Jamie Jones to the guys themselves. It creates the perfect platform to introduce itself new listeners to the style of their live sets and enlightening everyone to their own production style. And lastly, it tells a story through the deeper, darker side of dance music. With emotional highs and lows, it feels like we are traversing through an experience of techno, deep house and tech house while listening from start to finish.

My Favorite Robot - "Not Progress"

Art Department has big plans for 2013; so don’t miss them at WMC or at any of their upcoming tour dates.