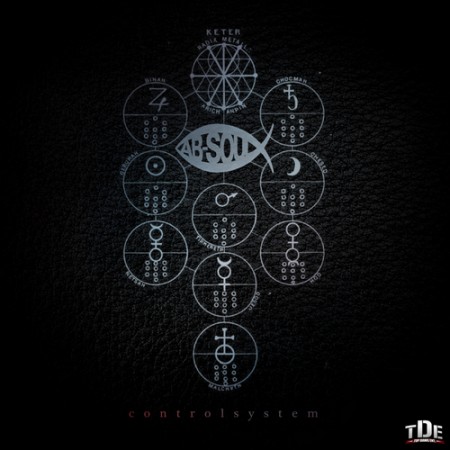 Ab-Soul’s new full-length, independent album, Control System, accomplishes two things. It proves that the self-proclaimed ‘deep thinker’ of TDE (which includes Kendrick Lamar, ScHoolboy Q, Jay Rock, and Soul) is a star on his own merit. It also sets a precedent for future swag-era rap recordings; They need to entertain, stimulate, push boundaries, and above all else, convince the audience that the maker is indeed trill: true and real.

Unlike other contemporary rappers, who often invite comparisons to earlier artists - Kendrick and ScHoolboy to early Eminem, ASVP Rocky to Bone Thugs-n-Harmony - Ab-Soul is an artist unto himself. He has a raspy, high-pitched, often-contemplative delivery, that can either excite a reaction, make the listener smile, or make them cry. Ab-Soul is a dynamic artist, yet at the same time he has this peculiar gift for cohesiveness. For instance, there are many different kinds of rap on Control System. There is gangsta rap, conscious rap, stoner rap, trill rap, however you want to label them. Yet, all of the beats more or less fall under the same category; They are sparse, space-age, atmospheric dirges (Kudos to Digi+Phonics for mastering their schtick). Which means, Soul can take a bevy of similar sounds, and shape them to communicate a wide range of ideas. That is the sign of a true maker.

On “Track Two,” a synth-laden banger, Soul does well to convince us of his outlaw status. He supports himself outside the systems of control (more on those later). He also puts his ‘sinister literature’ on full display, comparing himself to a stoned Albert Einstein, before concluding, “I’m a diamond ring in the trash, no reason to brag, it’s sad.” Soul continues his underdog brap-brap on “Terrorist Threats,” a Danny Brown-assisted futuristic call to arms. Soul calls for all the gangs in the world to unify in order to take over the White House, much like Timothy Leary once called for space colonization. Except Timothy didn’t have a stripped-down, bass-heavy beat backing him; That makes a world of difference. After “Terrorist Threats” comes “Pineal Gland,” a piano-driven macabre number which reveals the other side of Ab-Soul’s consciousness, literally. On the record Ab-Soul explains that he can’t take other rappers seriously because they “failed at testing what’s inside of them”. In other words, they can’t see the stars for the stars. Skipping ahead a song or so, Ab-Soul lightens the mood temporarily with “Mixed Emotions,” maybe the only ‘party-influenced’ number on the project, with its daytime soap-opera sample and talk of pool parties. Soul explains, quite frankly, that he sips lean “just to say ‘get off my dick’,” and that’s that. If you think about it, it takes courage to put that on wax.

Nevertheless, Control System’s true spirit, although hinted at throughout (blatantly), finally reveals itself for all to hear on “Beautiful Death.” Soul, Punch, and Ashtrobot collaborate over a particularly downtrodden melody, to communicate the main thesis of the Book of Soul: that Americans ought to “break from the everyday lies...” and not be “so afraid to die.” That is what Soul means by these so-called Control Systems, which are bureaucratically-created, politically-absorbed, mass media-endorsed, social diversions. Diversions from what? Freedom. It takes Ab-Soul 17 consecutive songs to make us aware of such control systems. For that, he ought to be crowned Top Dawg.