Atlanta rapper Future has been on fire lately, securing another major placement and feature on the number one album in the country (Rihanna's Unapologetic) and dropping the video to the hot "Neva End" remix featuring songstress Kelly Rowland.

Produced by Mike Will Made It, the remix to"Neva End" serves as a single off Future's debut re-release, Pluto 3D, on Epic Records. The re-release features three new tracks and a few remixes, including the aforementioned. Future took to his YouTube to release this visual with Kelly a few days before performing with her on Jimmy Kimmel Live to celebrate Pluto 3D's release. 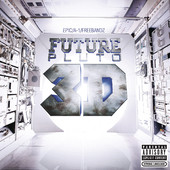