Analog Players Society will have you mesmerized. I dropped everything and listened to their whole debut album Hurricane Season in Brooklyn, start to finish. Produced and engineered by Amon, APS is a crazy talented community of NYC session musicians who toss jazz, afro-beat, funk, rock, and reggae in the blender and turn the dial to 'Blow-Your-Mind' level. Oh your blender doesn't have that option? Shit, you better get a Cuinsinart.

Anyway, speaking of blenders, Amon uses 1970's technology to record, hence the analog. "If we lose power, and the system goes down," he says, "and there’s a whole bunch of people, and you still want to make them dance, who’s left? You’ve got drums, you’ve got a piano, a stand-up bass… you can get rugged and raw, without any power or at least with no laptop on stage!  Analog Players Society is live music.”

I'm proud to be able to premiere the funky, multi-layered single, "Hurricane Season in Brooklyn" off the upcoming album of the same name. It's due to drop on September 25and trust me, it is an album you won't want to overlook. 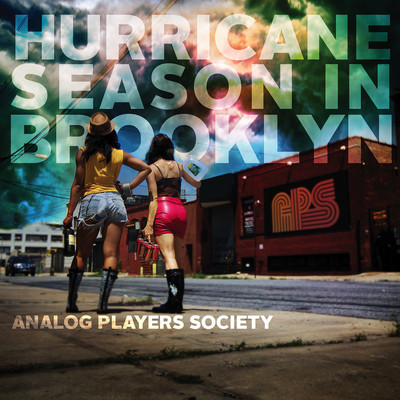 woody says this is worth the time to listen, worth the money to buy. What a treat!!!